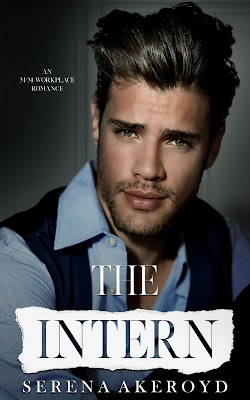 The Intern
by Serena Akeroyd
Release Date: December 15, 2020
About The Intern
Devlin
Sex comes with a price tag.
One I’m quite willing to pay.
In fact, I prefer it.
It’s easier that way, and in my life, I prefer ease. Prefer for most things to be transactional.
So when the intern disrupts my day, I’m not happy about it. I have a dark and dirty little secret he knows about. One that could destroy my reputation in a world where reputation is everything.
That makes him dangerous.
He could ruin me professionally, wreck my life, but the touch of his mouth to mine, the feel of him in my arms—they’re all I can think about.
I’m intoxicated.
Drunk on him, when I’ve always been sober.
Micah
I’m gay.
The freedom in admitting that is intoxicating. Enough to make me feel drunk with the relief of finally being myself.
But what feels better?
Devlin.
He’s my boss. He holds my future in his hands in more ways than he knows, but he isn’t as free as I am. Doesn’t have the same freedom I do to own up to what he is.
Because of that, I know I’m losing him.
I can feel us becoming DOA.
But is he worth fighting for when he won’t admit what I am to him? What we mean to one another?
I guess you’ll have to read on to find out…
The Intern is a standalone contemporary MM romance, with an Easter egg for fans of Serena Akeroyd’s novels. 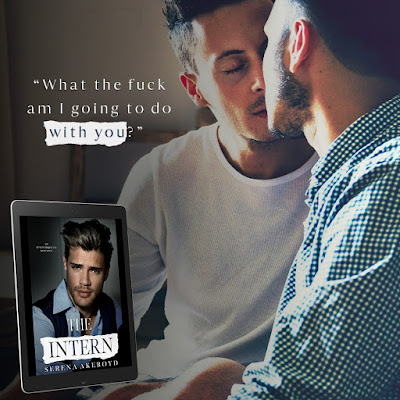 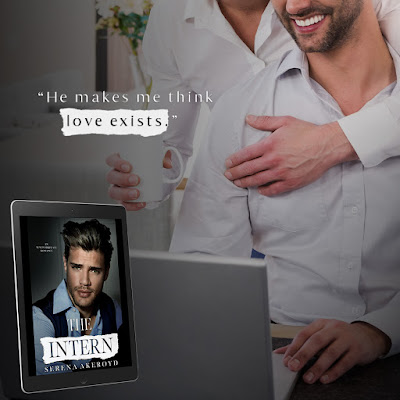 An Excerpt from The Intern
Now, he was strong and assured, confident in himself without being arrogant as he stepped into me, his torso clashing against mine as he reached up, held my cheeks in place and kissed me.
Actually. Fucking. Kissed. Me.
His head slanted just at the last second so that he could join our lips, bring them together so that we could taste one another again in the puddle of sunlight around us. And somehow, though it made no sense, he tasted better. Richer. More intense.
He tasted so good that I couldn’t pull back, pull out of his hold. I had no choice but to sink into this kiss like he sank into me, his muscles aligning themselves with my torso, his hardness brushing against mine, but merging too.
His dick was there, a solid presence on my abs, and my butt clenched with remembered need. The desire to have him back inside me was so overwhelming that I groaned as I reached for him, no longer content to be passive, to have him kiss me.
I needed to experience all of this, all of him, right now.
My hands went to his hair, those thick, dark flaxen locks that felt superb against my fingers, and I tugged at him, dragging him where I needed him. How I needed him.
He complied, showing that same contrasting push and pull of last night—eager to act, eager to lead, but also eager to concede. It was delicious, delightful. If he’d been more aggressive, I might have shoved him away, but he was too earnest in his passion to reject.
And he tasted divine.
Like spearmint and coconut water of all things.
I savored him like I would a fine wine, supping from him rather than chugging it back like I would a shot of tequila, because that was who he was.
A Chilean Médoc.
A sweet, sweet Auckland Merlot.
His hands moved to my shoulders, and he kneaded me there before slipping down, grabbing my ass and holding me tightly. His cock was so big and so perfect against me, and all I could think of was last night and my need for him to pin me to the bloody glass and do as he had back in VICE—fuck me.
For the first time, my liberation in the dark rooms felt sordid.
While this?
This was freedom.
He made the tiniest sound in his throat before he pushed me into the window. The second my back collided with the hot glass, he was there, a harder, more pressurized presence. I felt like I was being branded, felt as if he was hotter even than the window, and I was being roasted on both sides.
I tugged at his hair, unable to stop myself from drowning in him as I thrust my tongue along his. The flavor of him was like champagne, utterly effervescent, so that I felt as if I was fucking flying with the sun on my back, and the wind in my goddamn hair.
This was a kiss they wrote about in books.
This was a connection they tried to replicate in movies—a foot-popping kiss.
And it was with a one-night stand. An employee. Hell, not even that. An intern. 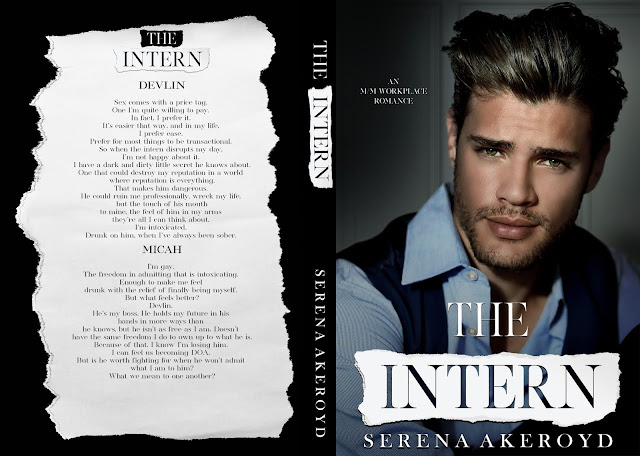 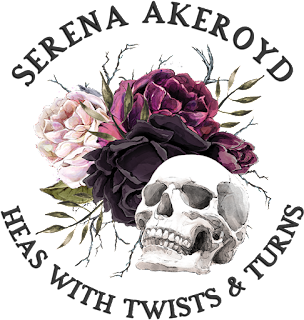 Born in England, Serena Akeroyd is a true romance bookaholic. As a reader she will not touch a book unless she knows it has a happy ending, which makes her write the endings that your heart craves!  This addiction, made her want to craft stories to suit her voracious need for steamy, sexy romance. She loves to write stories with plots twists, alpha sexy men, dark humor, and hot AF love scenes. Some are darker than others as she has a taste for the weird and the unexpected.
She writes MF, MM, Menage and Reverse Harem (also known as Why Choose romance) in both contemporary and paranormal. But she has recently decided to concentrate more on contemporary MF stories, mainly with A Dark and Dirty Sinners’ MC series and the Filthy Feckers series.
Connect with Serena
Website | Facebook | Facebook Group | Twitter | Instagram | TikTok |  Goodreads | BookBub | Amazon | Newsletter