Release Blitz: Outside the Lines by Lisa Desrochers 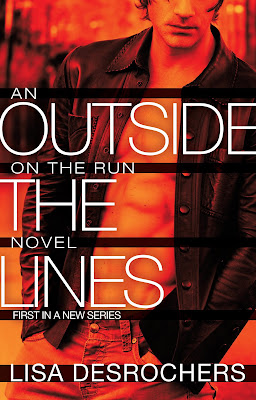 About Outside the Lines
From the author of the USA Today bestselling A Little Too Far series, the first in an edgy new contemporary romance series that follows a family on the run...

As the oldest son of a Chicago crime lord, Robert Delgado always knew how dangerous life could be. With his mother dead and his father in prison, he’s taking charge of his family’s safety—putting himself and his siblings in witness protection to hide out in a backwater Florida town.

Fourth grade teacher Adri Wilson is worried about the new boy in her class. Sherm is quiet and evasive, especially when he’s around his even cagier older brother. Adri can’t help her attraction to Rob, or the urge to help them both in whatever way she can.

But the Delgados have enemies on two sides of the mob—their father’s former crew and the rival family he helped take down. It’s only a matter of time before someone finds them. And if Rob isn’t careful, Adri could end up in the crossfire...

Read my four-starred review of Outside the Lines.

Add Outside the Lines on Goodreads. 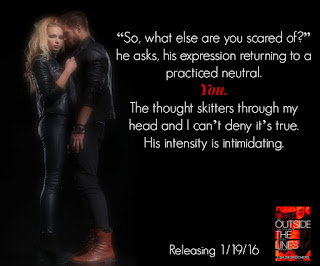 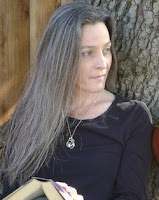 Lisa Desrochers is the author of the USA Today bestselling A Little Too Far series and the YA Personal Demons trilogy. She lives in northern California with her husband, two very busy daughters, and Shini the tarantula. There is never a time that she can be found without a book in her hand, and she adores stories that take her to new places and then take her by surprise.