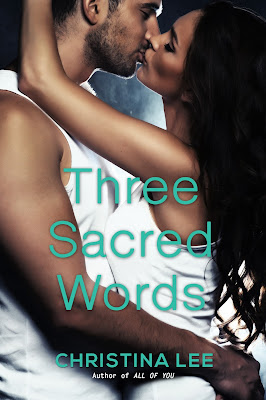 About Three Sacred Words
From the author of Two of Hearts comes a standalone adult romance about finding love where you least expect it.

Meadow Starr has worked in housekeeping at the Golden Arrow Casino since she was legal. Raising her son, Joaquin, without the support of her parents or the child’s father was not something she had ever envisioned. Neither was pushing a broom, scraping money together to pay the bills, or living in a trailer park on the reservation. Little does she expect her worst nightmare and her best dream to show up in town at the exact same time.

Federal Marshal Alex Flores returns to the reservation where he helped solve a murder investigation last year. He’s never forgotten the mesmerizing woman with the luminous smile and world-weary eyes. Too bad the fugitive on this new case has led him straight to her doorstep. Meadow will never give up Joaquin’s father, not if her wary gaze or her tight set jaw is any indication.

Meadow’s draw to Alex is immediate, but no way she’s going to trade attraction for history, longing for heritage. When the stakes become higher and Alex steps in to protect Meadow and her child from the very man she was willing to defend, he can’t help falling for them both. Who knew something so wrong could feel so right? But as the lines continue to blur, something’s got to give, and Alex isn’t certain he can walk away so easily from love. 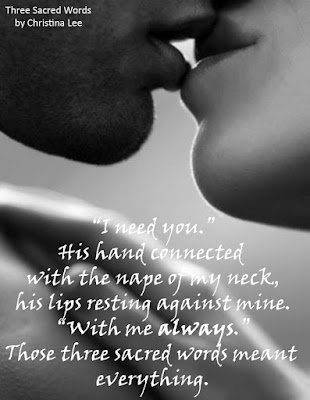 An Excerpt from Three Sacred Words
Before I could even knock, Joaquin swung open the door. “Hey, I know you.”

“Joaquin,” I heard Meadow’s warning tone in the background.

“You do know me,” I said, bending down to his height level. “But you shouldn’t answer the door without your mom giving you permission.”

“How many times have I told you that, buddy?” Meadow said, rounding the corner from the hallway. She was stunning with her hair cascading over her shoulder like a curtain and her figure hugging T-shirt and jeans. I cleared my throat to shake my thoughts away. This was a business call, plain and simple.

“Sorry, momma,” he said, grabbing on to her legs, as she patted his head of curls.

“What are you doing here?” she asked, finally making eye contact with me. Joaquin released his hold and tottered away from the door.

Her eyes narrowed. “And if I say no?”

Joaquin returned clutching a cookie in each hand. Tiny black crumbs lined the edges of his mouth.

“Oreos,” I said, grinning. “Still popular today as ever.”

“You want one, Mister?” When he thrust a cookie toward me I fished it from his small fingers.

Meadow rolled her eyes and stepped aside to let me in, as if she didn’t have a choice now that her son was being friendly to me.

About the Golden Arrow series
About Two of Hearts (book one) - Released: May 5, 2015 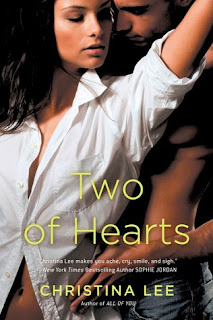 Dakota Nakos was always the resilient, strong-willed achiever. But when her father dies and she’s entrusted with the family’s casino, she feels vulnerable, scared, and more than a little emotional —not exactly the best time to see an old lover she’s never really gotten over.

Dakota once meant the world to Shane Garrity. Then suddenly he left town to train as a U.S. Marshal, and their love for each other crashed into a memory. Now he’s come home for her father’s funeral, and one look at the girl he left behind stirs up both memories and regrets, and reignites a fire he feared he’d lost forever.

Dakota may be the same driven girl she always was, but she’s also changed in ways neither could have anticipated. She’s not just a young woman searching for own identity in the Native American community in which she was raised, but one questioning her new life outside her father’s shadow. Above all she wonders if Shane can push past her weakened defenses to rekindle what they once had, or whether the intense blaze between them will ultimately reduce her heart to ashes.

Read my five-starred review of Two of Hearts.

Add Two of Hearts on Goodreads. 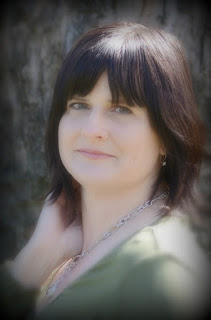 Now she lives in the Midwest with my husband and son—my two favorite guys. She's been a clinical social worker and a special education teacher. But it wasn't until she wrote a weekly column for the local newspaper that she realized she could turn the fairy tales inside her head into the reality of writing fiction.

She writes Adult, New Adult, and M/M romance. She is represented by Sara Megibow of the Megibow Literary Agency.