January 29, 2016
I am beyond excited to be one of the bloggers participating in the cover reveal for the much awaited sequel to the Sarina Bowen and Elle Kennedy bestseller, Him! Slated for a March 8 release, Us is a book that many a fan has been anticipating ever since plans for a sequel were announced. The official blurb already has me bouncing on my seat!

Without further ado, here's the cover for Us... 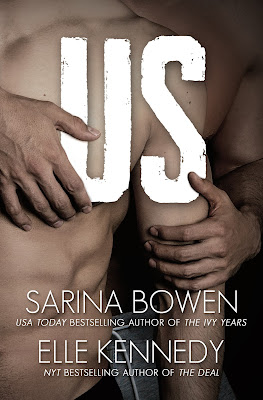 About Us
Can your favorite hockey players finish their first season together undefeated?

Five months in, NHL forward Ryan Wesley is having a record-breaking rookie season. He's living his dream of playing pro hockey and coming home every night to the man he loves–Jamie Canning, his longtime best friend turned boyfriend. There's just one problem: the most important relationship of his life is one he needs to keep hidden, or else face a media storm that will eclipse his success on the ice.

Jamie loves Wes. He really, truly does. But hiding sucks. It's not the life Jamie envisioned for himself, and the strain of keeping their secret is taking its toll. It doesn't help that his new job isn't going as smoothly as he'd hoped, but he knows he can power through it as long as he has Wes. At least apartment 10B is their retreat, where they can always be themselves.

Or can they? When Wes's noisiest teammate moves in upstairs, the threads of their carefully woven lie begin to unravel. With the outside world determined to take its best shot at them, can Wes and Jamie develop major-league relationship skills on the fly?

Add Us on Goodreads. 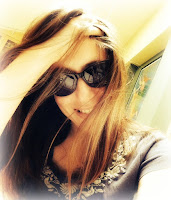 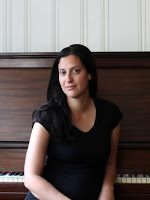 She is the USA Today bestselling author of The Ivy Years, an award-winning series set amid the hockey team at an elite Connecticut college, and the Gravity series.

Sarina enjoys skiing, espresso drinks, and the occasional margarita. She lives with her family, eight chickens, and more ski gear and hockey equipment than seems necessary.

About Elle Kennedy
A New York Times, USA Today, and Wall Street Journal bestselling author, Elle Kennedy grew up in the suburbs of Toronto, Ontario, and holds a B.A. in English from York University. From an early age, she knew she wanted to be a writer, and actively began pursuing that dream when she was a teenager.