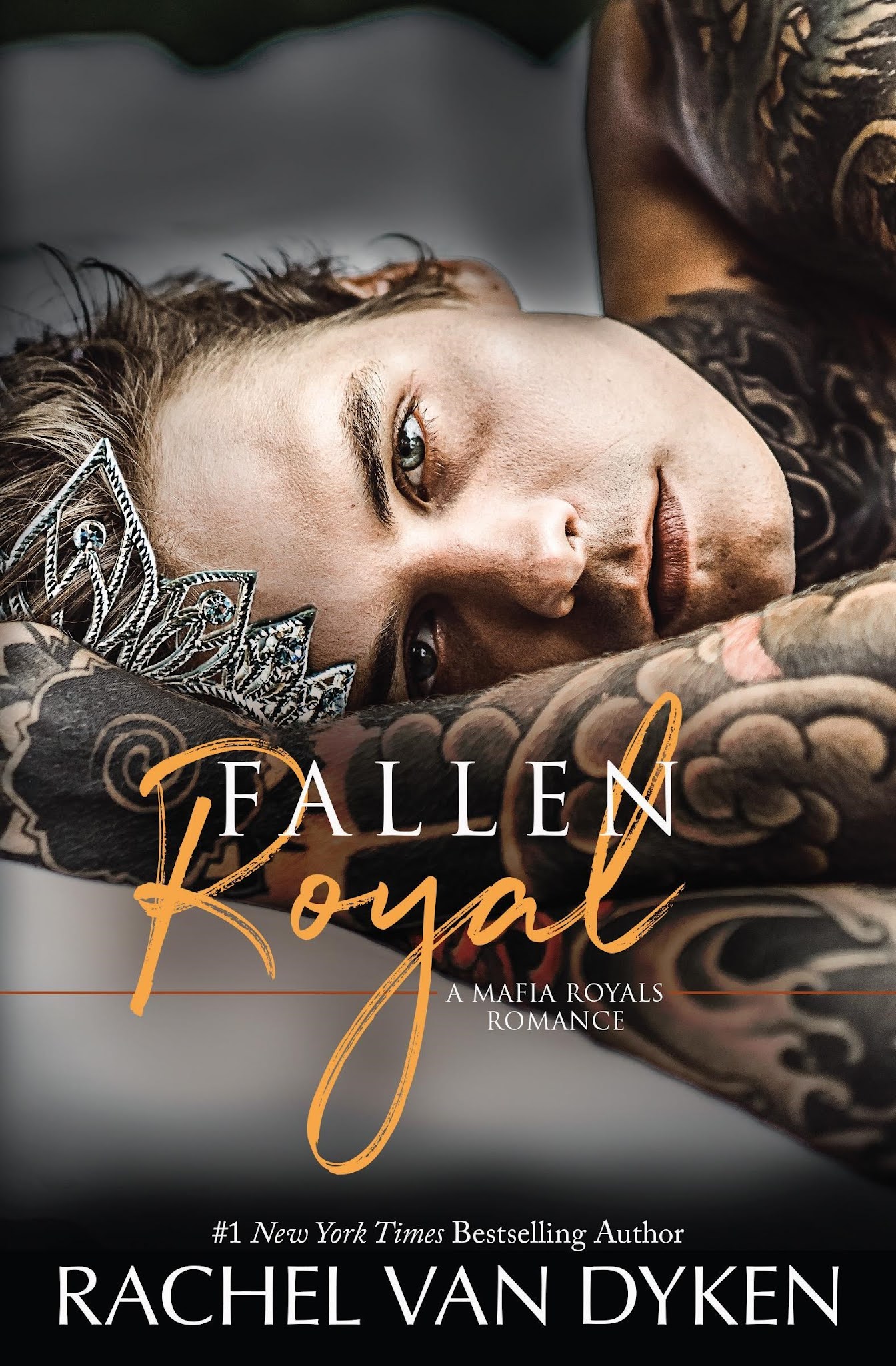 "Imagine finding the love your life at eleven." His chuckle was sad. "And then to grow up and realize that love was so much bigger than you realized, more complicated, scary. Not that it stopped him. Sometimes the only thing that kept him from destroying the love was to push it away, to reject it, to fake a smile in the wrong direction, to keep a certain someone's heart intact when his was breaking."

Oh, wow. I did not see all of that coming. Hours later, and I'm still recovering from everything Rachel Van Dyken threw our way in this fourth full-length Mafia Royals novel. Fallen Royal is Izzy Abandonato and Maksim Sinacore's story, and suffice it to say that I was not prepared for it, no matter how much I deluded myself into thinking I was. Trust me, I'm not complaining. I love it when an author is able to throw me for a loop, and that is exactly what Van Dyken did here. Whatever expectations you may have, set them aside and expect the unexpected. Oh, and hang on. It's going to be one heck of an intense ride.
Maksim Sinacore met the love of his life when he was eleven. Izzy Abandonato was his soul mate, and he was hers, but even a love like theirs was bound to be tested. After all, nothing comes easily when you're part of the Cosa Nostra. Ten years later, and Maks is keeping a secret from the only girl he belongs to. He's gone from wanting Izzy's promise of undying love to needing her to swear to hate him till his heart stops beating. They've forced his hand, but this is all temporary. He and Izzy were meant to be, and when the time comes, he'll do whatever needs to be done in order to win back the woman he loves.
If I could have told Izzy and Maksim that everything was going to be okay in the end, I would have, but even I had my nail-biting moments. Rachel Van Dyken put these two through wringer, making their happily-ever-after a hard-fought one. I appreciated Van Dyken's choices in terms of the back stories of her main characters, especially Maks. I don't want to give away why he was the way he was, but what I will say is that when he loves, it's the all-consuming kind of love, and it was all for Izzy. These two... They owned each other from the get-go, and their story owned me. Fallen Royal garners five-plus stars.
-------------------------
Read my reviews for the Mafia Royals series: