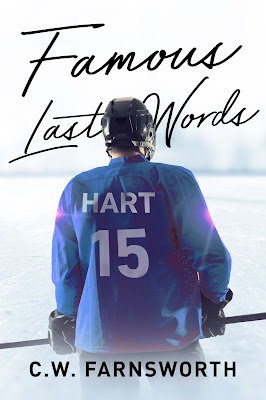 Famous Last Words
by C.W. Farnsworth
Release Date: October 15, 2021
About Famous Last Words
Harlow Hayes loves water. In its liquid form.
The chlorinated kind she swims in. The perennial droplets soaking her adopted hometown. The waves she ventures out on to observe the ocean.
Water in its frozen state holds no appeal to her. That's not the only—or most divisive—difference between her and Conor Hart. The arrogant, arresting captain of Holt University's hockey team spends every second not picking fights or partying atop a sheet of it.
Plenty of girls fall for the charming lines and that cocky smirk. Harlow knows better. Knows more.
The fuel for the fury that makes him such a dominant force on the ice. The reason he ignores her as resolutely as she pretends he doesn't exist. The history they share but didn't write.
Knowledge meant to ensure he's the one guy she could never—would never—like, much less love.
Famous last words. 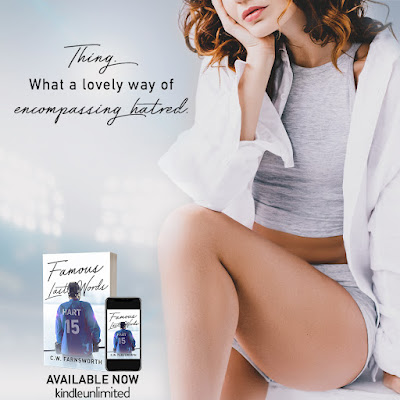 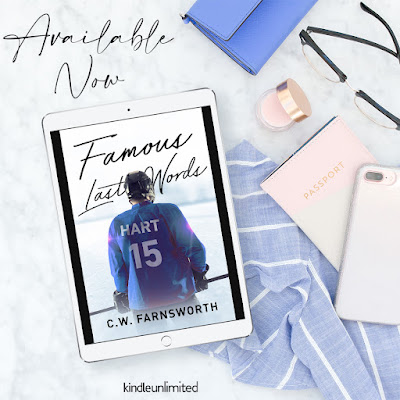 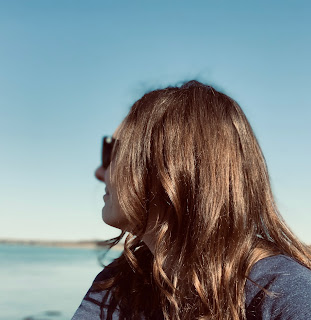 C.W. Farnsworth is the author of seven novels. She has always been a voracious reader, and grew up devouring books by flashlight under the covers long after she was supposed to be asleep. She primarily writes young adult and new adult romance, her favorite genres to read, often involving sports.
When she's not reading or writing, her favorite hobbies include running in the rain, cooking elaborate meals, and drinking excessive amounts of seltzer.
Charlotte is a native New Englander, but attended college in New York, and now resides in Washington, D.C.
Connect with Charlotte
Website | Facebook | Twitter | Instagram | Pinterest | TikTok | Goodreads | BookBub | Amazon