Book Spotlight: Meet Me in Madrid by Verity Lowell 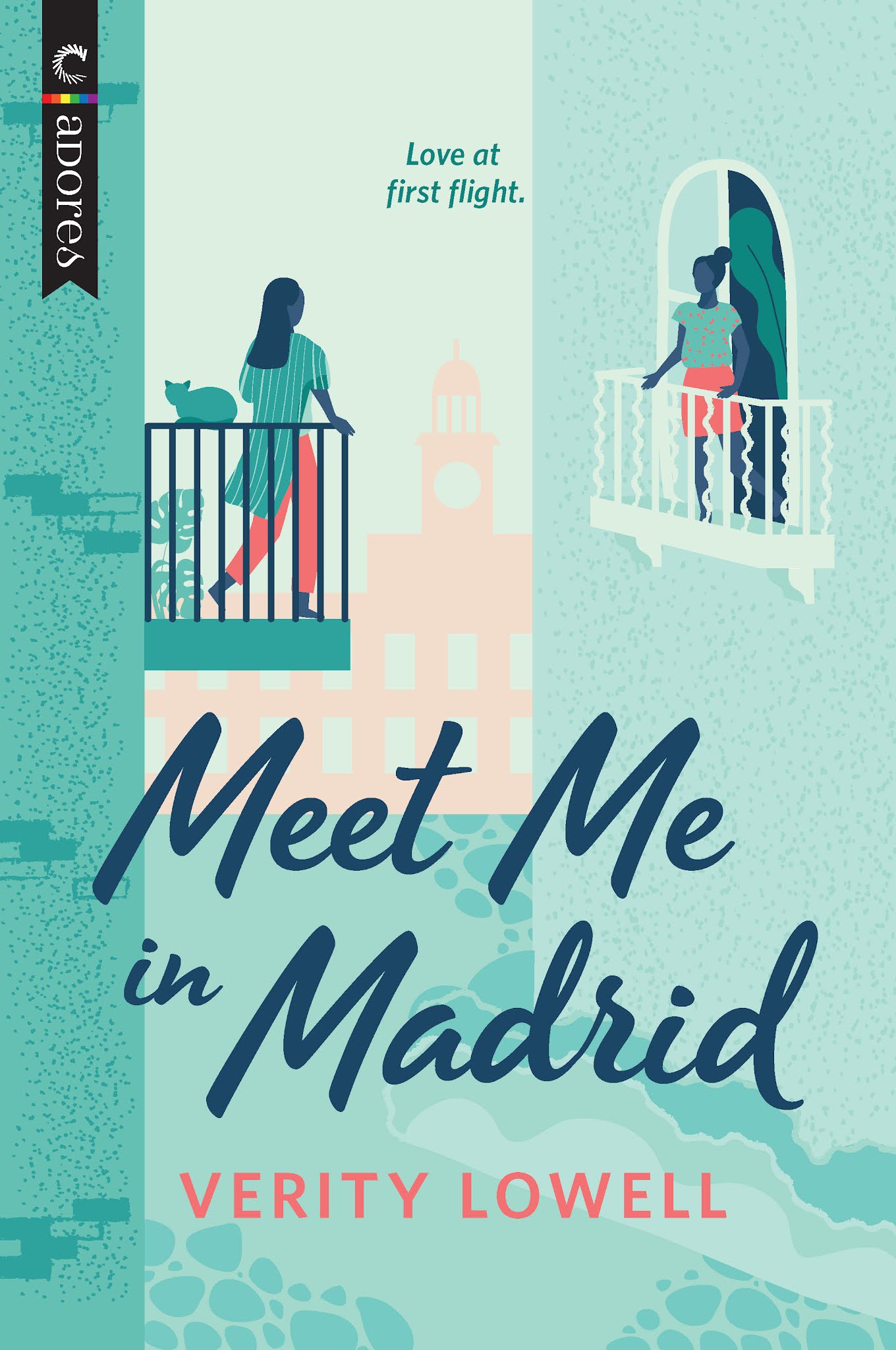 Meet Me in Madrid
by Verity Lowell
Date Released: October 26, 2021
Carina Adores
About Meet Me in Madrid
In this sexy, sophisticated romantic comedy, two women juggle romance and career across continents.
Charlotte Hilaire has a love-hate relationship with her work as a museum courier. On the one hand, it takes her around the world. On the other, her plan to become a professor is veering dangerously off track.
Yet once in a while, maybe every third trip or so, the job goes delightfully sideways…
When a blizzard strands Charlotte in Spain for a few extra days and she’s left with glorious free time on her hands, the only question is: Dare she invite her grad school crush for an after-dinner drink on a snowy night?
Accomplished, take-no-prisoners art historian Adrianna Coates has built an enviable career since Charlotte saw her last. She’s brilliant. Sophisticated. Impressive as hell and strikingly beautiful.
Hospitable, too, as she absolutely insists Charlotte spend the night on her pullout sofa as the storm rages on.
One night becomes three and three nights become a hot and adventurous long-distance relationship when Charlotte returns to the States. But when Adrianna plots her next career move just as Charlotte finally opens a door in academia, distance may not be the only thing that keeps them apart. 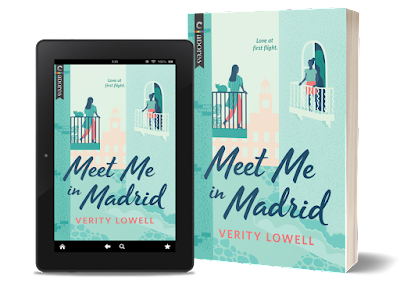 An Excerpt from Meet Me in Madrid
The car arrived with the luggage while they were still flirting and deliberating in the kitchen, the cava as yet unpoured. Hearing the buzzer, Adrianna had reluctantly thrown on a robe and slippers and run down the three flights, leaving Charlotte still leaning on the counter to contemplate what came next.
“I’m putting your very nice suitcase in my room,” a breathless Adrianna said as soon as she closed the apartment door behind her. “It won’t fit in the study.”
It would have fit in the study. But it fit a lot better in the bedroom.
“I’m out here,” Charlotte informed her. She had taken the bottle and glasses and resituated herself on the living room sofa. If it had been in the States, the long, upholstered couch with its plethora of throw pillows would have sat smack-dab in front of a flat-screen TV. This one, by refreshing contrast, faced a wall of tall, arched casement windows looking onto mostly sky and a distant cityscape punctuated by the city’s numerous church towers. Today the potted trees and summer furniture on the neighboring balconies were coated with an inch or two of velvety snow.
What sun there had been was already dimming.
Adrianna was surprised, but certainly not disappointed, to find Charlotte curled up at one end of said sofa, glass in hand, taking it all in just as she herself liked to do at sunset.
“It’s beautiful,” Charlotte said. “Doesn’t look like any place else I’ve been.”
“Sure doesn’t.” Adrianna sat down close beside Charlotte. Encouragingly close, she hoped.
Charlotte filled Adrianna’s flute with pale bubbly and raised hers in a wordless toast. Their glasses clinked.
“What are we drinking to?” Adrianna asked.
“Bank closures and oversold hotels?” Charlotte replied with a laugh and a gulp. Her legs were folded under her and as she went to set down her glass, she slipped into Adrianna’s shoulder, not seeming to mind at all when Adrianna leaned into her and caught her eye.
“If you’d have looked at me like that in school, I’m not sure what I would have done,” Charlotte said.
“I can’t promise I never did,” Adrianna admitted. “Especially there at the end.”
“You were definitely shopping around at one point, as I recall. Like a freshman for new classes,” Charlotte said. “Least that’s what it looked like from where I stood.”
“I was a train wreck,” Adrianna said solemnly. “My ex cheated on me with someone I cared about and I was worried to death I wouldn’t get a job—and interviewing cross-country practically every week while I finished the last chapter of my diss. Those days seem incomparably easy, yet completely impossible when I look back. But I fucked things up with a lot of people and I hate thinking about it.”
“Your heart was broken,” Charlotte said, reaching for the cava. She’d stopped looking at Adrianna but her voice conveyed empathy.
Had someone broken Charlotte’s heart? Adrianna wanted badly to know.
“And I did that to others in return,” she said.
“You are indeed a heartbreaker,” Charlotte laughed.
“You’re one to talk,” Adrianna replied. “I can’t believe you weren’t dating your pretty little ass off—or seeing faculty on the sly at least. I don’t think I do believe it.”
“Well, you can believe it or not. I’m not saying I didn’t sleep around some. But grads and faculty were off-limits. Not out of moral approbation. I just knew it would throw me off my game. I don’t mind telling you I had tempting offers from both parties.”
Good thing Adrianna wasn’t one of those former suitors. It was so much better finding her again like this, now that they were both past the stage of perpetual heightened insecurity. Now that there was no history with Charlotte, only possibility.
Neither of them were drunk, just usefully relaxed, their inhibitions disarmed by the alcohol, their focus sharpened by the caffeine.
Adrianna set down her own near-empty glass and turned toward Charlotte.
“Let’s toast to layovers instead.”
“With what?”
“Come here,” Adrianna said, just to see how Charlotte reacted to being told what to do.
“Make me,” she replied, finishing what was left in her flute and starting to rise.
“Where are you going now?”
“I’m thirsty. Think I’ll get a glass of water…”
“Fuck the water,” Adrianna said. She pulled Charlotte back down to her for a deep, wet kiss that burned deliciously from the sparkling wine in her mouth and on their lips. Charlotte responded with a kind of unrestraint, immediately taking the lead. God did she. Adrianna suddenly seemed to feel her touch everywhere.
It was one of those moments when you don’t realize how much you want something—someone—until she’s within reach. She wasn’t going to lose her second chance. 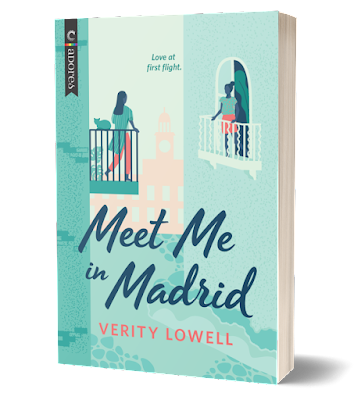 About Verity Lowell
Verity Lowell is a professor and occasional curator who writes queer of color romance. She likes imagining and describing a world where art, ambition, and history provide the background for diverse and steamy love stories, mostly about women falling hard for women. She and her partner and their cats live in New England and sometimes elsewhere.
Connect with Verity
Website | Goodreads 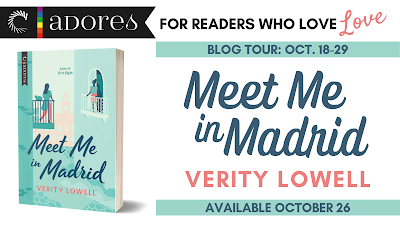