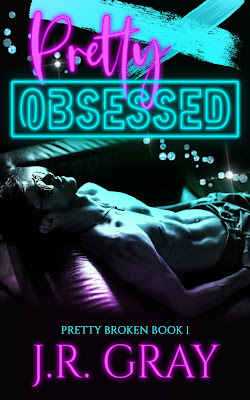 Pretty Obsessed
(Pretty Broken #1)
by J.R. Gray
Release Date: October 18, 2021
About Pretty Obsessed
Emory Ker
Who makes out with a random guy at a club while someone else is giving him head? Not me—that's who. I'd never even hooked up with a stranger. Welp, now I had. If you could call what I'd done hooking up. But it was so much more intimate than a hook-up. I'd tasted his lips as someone else made him come. He'd gasped into my mouth.
Now I was sitting in front of him and he was asking me to kiss him again.
River Wade
We became famous overnight.
One day I was a twenty-four-year-old drummer slinging pizzas to make ends meet and the next, I was a member of the most popular alternative band ever.
Despite being world-famous, there was no connection in it. I'd lost touch with reality. With intimacy. I couldn't find a place to be normal. I'd lived my entire life straight-edged while watching obsession destroy my best friend.
Obsession terrified me.
That is until I met him.
The first taste left me intoxicated.
The rockstar obsessed with the writer—rather funny if you think about it.
After a night with him, he vanishes into thin air, and all the money in the world can't help me find him.
I have to track him down and convince him there might be millions of people who would do anything to get a chance to sleep with me, but I only had eyes for him.
Convince this beautiful boy I'm pretty obsessed.
Pretty Obsessed is an out-for-you romance, with a dirty-talking, obsessive rockstar who falls for a cinnamon roll writer. This is book one in the Pretty Broken series. All books follow a different couple. 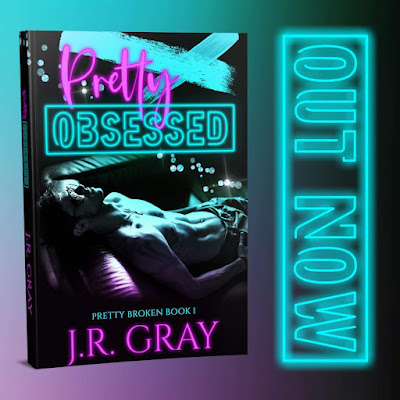 About J.R. Gray
J.R. Gray is a cynical Chicago native, who drinks coffee all day, barely sleeps, and is a little too fashion obsessed. He writes realistic and damaged characters because everyone deserves a happily ever after.
Connect with J.R. Gray
Website | Facebook | Twitter | Instagram | Tumblr | Patreon | Goodreads | BookBub | Amazon | Newsletter 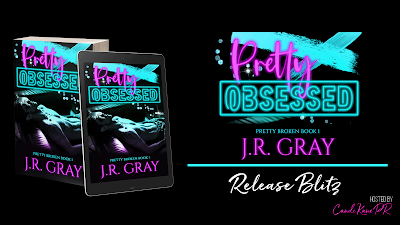