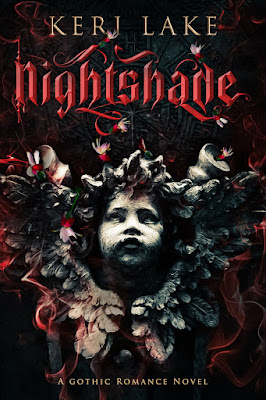 Nightshade
by Keri Lake
Release Date: October 29, 2021
About Nightshade
A love so forbidden, it would shake the heavens...
My father called them messengers.
He once told me they walked among us, and that somewhere in this dark and godless city, there shined a faint sliver of hope. I had only to look for the signs.
Well, I’ve spent my whole life investigating the inexplicable, and all I've found are the unsettling vestiges of iniquity — the evidence of another world shrouded by the obscure. Purgatory to some, where depravity hides in shadows, and girls like me are little more than delicious bites of temptation.
Others call it Nightshade.
This peculiar place is where I first met the cold and callous recluse living in a decaying cliffside cathedral. Jericho Van Croix is the epitome of everything I’ve been told to fear. A raven-winged harbinger who wears intrigue like a warm black cloak. An enigma that I’m determined to unravel — even if it means getting closer than I should.
One touch is forbidden. Even so much as a kiss would be my demise. But the sin on his lips burns me up like a wild flame, and his growing infatuation weakens my resolve.
Giving him what he wants, though, will mean no chance for redemption, or escape. What's worse is, the signs I’ve followed yet failed to see all these years begin to unmask a terrifying reality:
That falling may be my only saving grace. 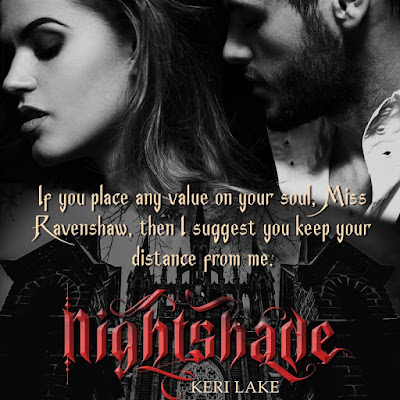 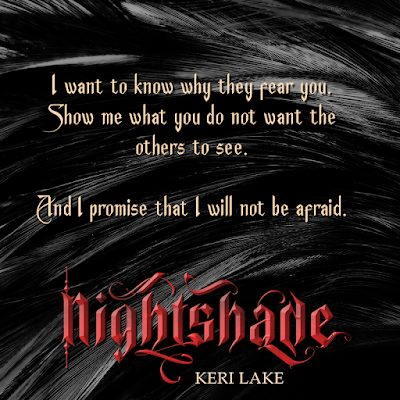 About Keri Lake
Keri Lake is a dark romance writer who specializes in demon wrangling, vengeance dealing and wicked twists. Her stories are gritty, with antiheroes that walk the line of good and bad, and feisty heroines who bring them to their knees.
When not penning books, she enjoys spending time with her husband, daughters, and their rebellious Labrador (who doesn’t retrieve a damn thing).  She runs on strong coffee and alternative music, loves a good red wine, and has a slight addiction to dark chocolate.
Connect with Keri
Website | Facebook | Facebook Group | Twitter | Instagram | Goodreads | Amazon | Newsletter