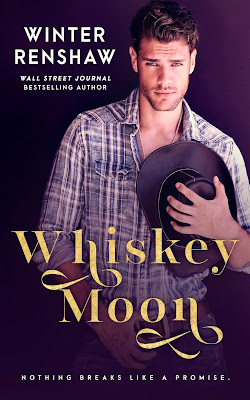 Whiskey Moon
by Winter Renshaw
Release Date: October 29, 2021
About Whiskey Moon
A broken marriage pact gives way to a devastating love that won’t let go in this heart wrenching contemporary romance from Wall Street Journal bestselling author Winter Renshaw.
Bogie had Bacall. Carrie had Big. I had Wyatt.
Growing up, he was the handsome cowboy next door, an unlikely confidant, my best friend, my first kiss, and my favorite person.
We were just a couple of small town kids with ambitions bigger than the stars in our eyes. The summer after graduation, we made a pact: I’d go to college in New York and he’d stay and take over his daddy’s ranch. If by twenty-eight we were both still single, we’d get married …
But as we stood in our high school gymnasium the night of our ten-year reunion, Wyatt told me he loved me too much to marry me.
He’d never broken a promise to me in his life, but in a single heartbeat he broke the only one that ever mattered.
He said it would all make sense someday, that there would come a time I might even be able to forgive him.
But then I stumbled upon the truth.
And there was no forgiving a secret this shattering—one that made me question if I ever knew him at all; one that only made me want him that much more.
Bogie had Bacall. Carrie had Big. I had Wyatt. 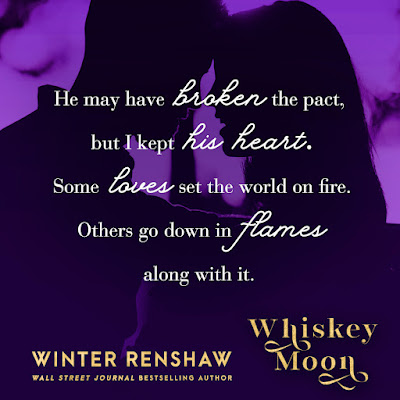 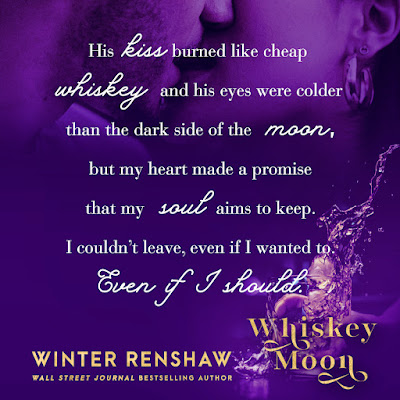 Wall Street Journal and #1 Amazon bestselling author Winter Renshaw is a bona fide daydream believer. She lives somewhere in the middle of the USA and can rarely be seen without her trusty Mead notebook and ultra portable laptop. When she’s not writing, she’s living the American dream with her husband, three kids, and the laziest puggle this side of the Mississippi, and a busy pug pup that officially owes her three pairs of shoes, one lamp cord, and an office chair.
Connect with Winter
Website | Facebook | Instagram | Goodreads | Amazon | Newsletter