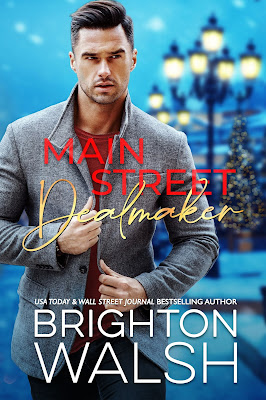 Main Street Dealmaker
(Holidays in Havenbrook #1)
by Brighton Walsh
Release Date: October 28, 2021
About Main Street Dealmaker
All Sadie Rollins wants for Christmas is a break. Three years ago, she stumbled into her dream job as a wedding planner, but she's been so bogged down with the minutiae of inn ownership that she can't even enjoy it. She and her twin sister might have been bequeathed the Starlight Haven Inn, but the bed and breakfast didn't come with much more than extra long hours and piles of debt.
Cole Donovan was looking for a fresh start when he moved to Havenbrook. Instead, his reputation as a cutthroat divorce attorney preceded him—and tainted his introduction to the only woman he's had eyes for since his own divorce. Too bad she can't stand him.
In a favor to her cousin, Sadie agrees to a little modeling in exchange for a spread in the country's leading wedding magazine. All she has to do is wear a wedding dress and pretend to be smitten with a stranger for a couple hours. Except the fake groom is no stranger, and as much as she loathes Cole, her body hasn't gotten the message. Neither, it seems, has his.
But though these opposites attract, there's no way there could be any kind of a future for a wedding planner and a divorce attorney...right? 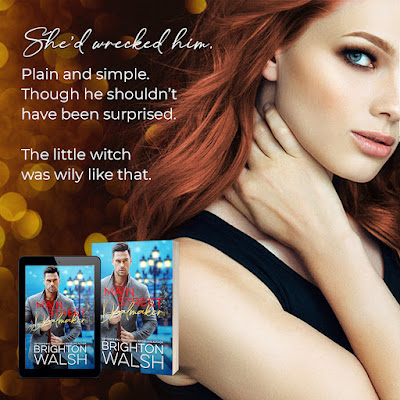 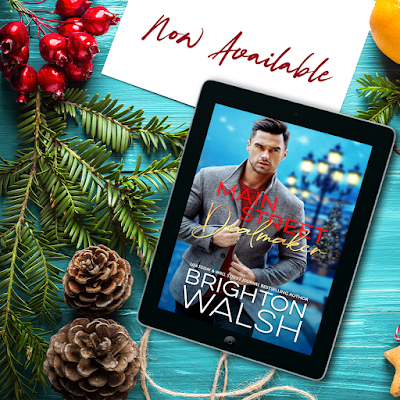 About Brighton Walsh
USA Today and Wall Street Journal bestselling author Brighton Walsh spent a decade as a professional photographer before taking her storytelling in a different direction and reconnecting with her first love—writing. She likes her books how she likes her tea—steamy and satisfying—and adores strong-willed heroines and the protective heroes who fall head over heels for them.
Brighton lives in the Midwest with her real life hero of a husband, her two kids—one who’s already taller than her and one who’s catching up too fast—and her dog who thinks she’s a queen. Her boy-filled house is the setting for dirty socks galore, frequent dance parties (okay, so it’s mostly her, by herself, while her children look on in horror), and more laughter than she thought possible.
Connect with Brighton
Website | Facebook | Twitter | Instagram | Goodreads | BookBub 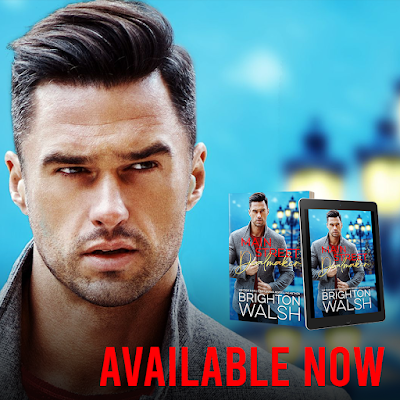