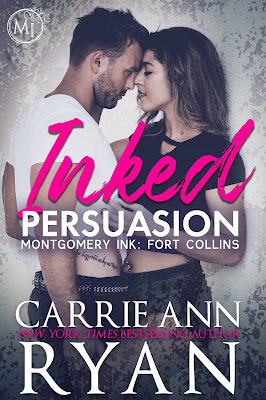 Inked Persuasion
(Montgomery Ink: Fort Collins #1)
by Carrie Ann Ryan
Release Date: February 9, 2021
About Inked Persuasion
The Montgomery Ink saga from NYT bestselling author Carrie Ann Ryan continues with a steamy new series.
Years ago, Annabelle Montgomery married not for love but for a promise of hope. When she lost him weeks later, she told herself she never needed those sentiments again. Only when she discovers years later that her new neighbor is her late husband’s brother, Annabelle finds she can’t quite shake the emotions she’s long since buried.
Jacob Queen vowed he’d never set eyes on Annabelle again. When they’re forced into each other’s lives once more, they realize that no matter how far they run, no distance can keep them apart forever. More than ghosts lay between them, and when they finally give in to temptation, walking away whole may no longer be an option. 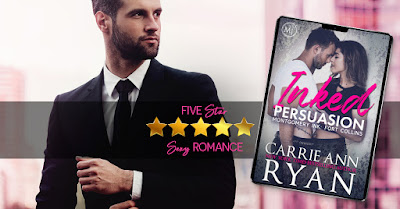 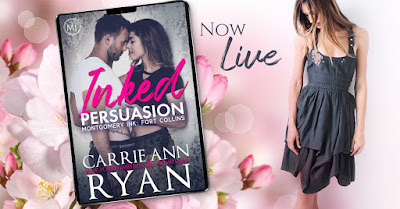 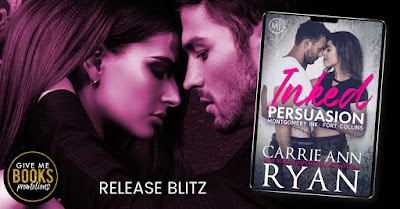