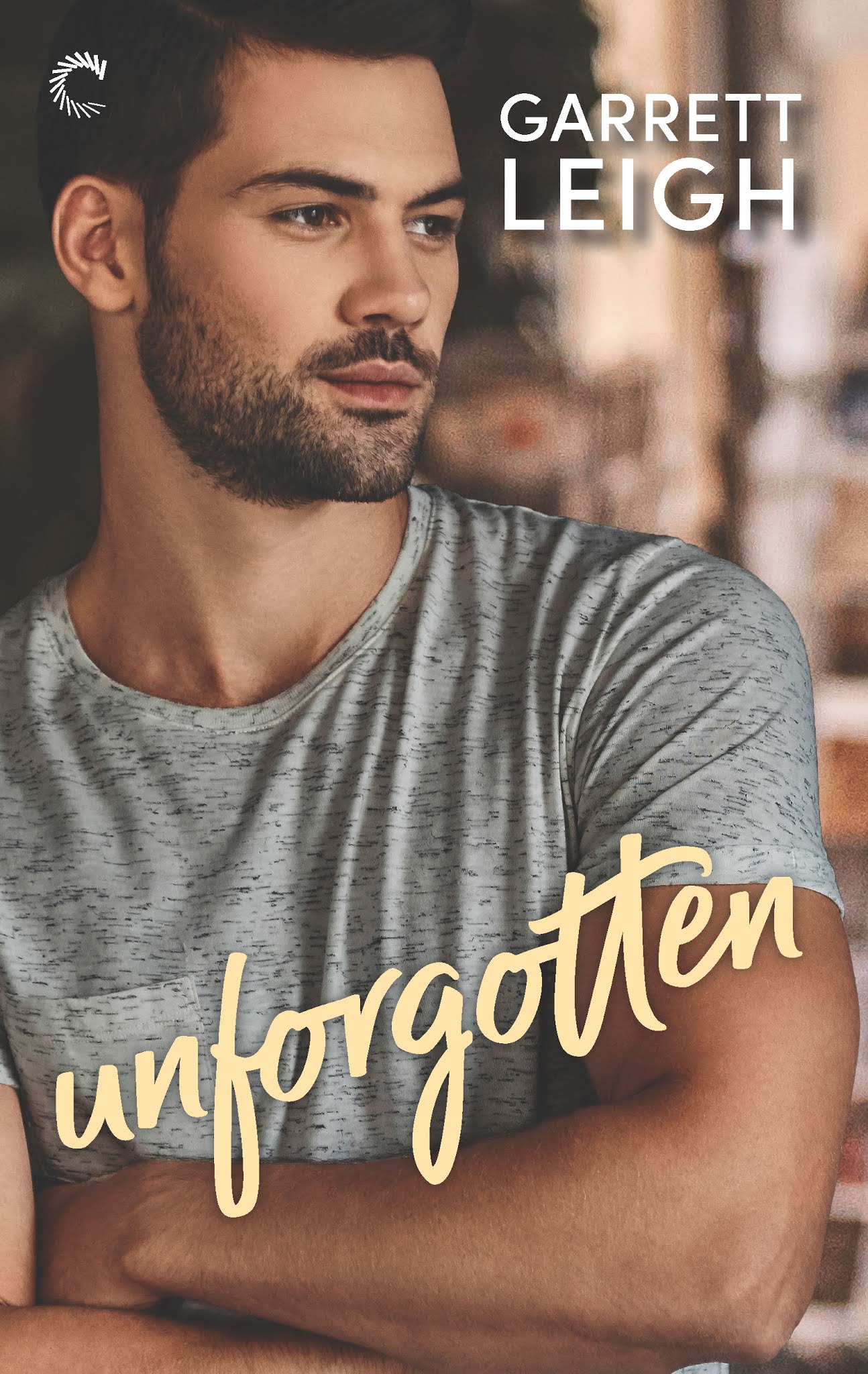 Unforgotten
(Forgiven #2)
by Garrett Leigh
Date Released: February 16, 2021
Carina Press
About Forgiven
Billy Daley hasn’t been home in years, and he likes it that way. He’s just fine on his own—he has a cash-in-hand job at a scrapyard, a half-feral cat to keep him company, and many miles between him, his hometown and all the baggage that comes with it.
Until the job goes sideways. Suddenly he’s back in Rushmere, working for none other than his brother’s best friend—a man whose kiss Billy can’t seem to forget.
Gus Amour’s memories of Billy Daley are all spiky edges, lips crushed against lips and a reckless streak that always ended in trouble. But when Billy needs a place to stay, Gus steps in. He’d do anything for the Daley family, including living, and working, side by side with a man who makes his heart beat too fast and his blood run too hot—two things he’s been running from for years.
It doesn’t take long before their easy banter, lingering touches and heated glances become a temptation too hard to resist. But falling into bed and falling in love are two different things, and love has never come easy to either Billy or Gus. Only when fate threatens to steal away their opportunity for a second chance will they realize they don’t need easy.
They just need each other.

An Excerpt from Unforgotten
It had been years since I’d last seen Billy Daley, but since Luke had given up pretending his brother didn’t exist, and had rekindled with his long-lost true love—again, my sister—Billy had come up in conversation a lot. I wondered if he still had the same hair: scruffy, soft, and just long enough to hang over his collar. I—
“Where is he now?” Mia snapped.
“He didn’t say, and he sounded off his nut.”
“Don’t make assumptions. He’s been sober every time you’ve seen him since the accident.”
“I’ve seen him twice.”
“Whose fault is that?”
I winced and averted my gaze as Luke let out a heavy sigh. God, why were families so complicated? The Daleys made mine look like the Waltons, and we’d been reunited for less than a year.
A year that had changed my life for the better. Mia was a royal pain even when she was trying to be nice, but despite the years we’d spent hurting and apart, I couldn’t imagine her not being more than a phone call away, or turning her back if I was the one down on my luck.
Saying all that, Luke was right: him and Billy would murder each other in the first ten minutes of cohabitation. With their ma decamped to Spain, if Billy wanted to come home to Rushmere, there was only one option. “He can stay here.”
Mia and Luke swivelled their collective attention to me, eyes wide, as if they’d forgotten I was there, in my own kitchen. Nice. I pushed my cereal bowl away and wiped my mouth. “I have a spare room, remember? Not doing anything with it now you two are shacked up at Luke’s place, so…”
They were still staring. I switched between them. Comprehension was starting to dawn in Mia’s gaze, but Luke was looking at me like I was an alien.
“But…” He scrubbed a hand through his hair and darted a glance at Mia.
Oh lord, this was going to be funny. The bloke was the coolest I’d ever known, and surprisingly open-minded given his military background and the fact that he spoke about three whole sentences a day, but I didn’t need him to speak to know what was making him squirm, and I couldn’t contain my amusement.
A laugh bubbled out of me. “Jesus, man. Please tell me you’re not still hung up on what I told you over the summer? It really wasn’t a big deal.”
Luke slow blinked. “You hooked up with my brother. How is that not a big deal?”
“Please,” I scoffed. “It wasn’t a hook-up, it didn’t get that far. And we were both bladdered. He’s probably forgotten about it.”
“You didn’t.”
“Yeah, but I’m not your brother, am I? Besides, it was years ago. I don’t even know why I told you. And in case you’ve forgotten, you’ve been hooking up with my sister my entire life and I’ve never complained.”
Luke said nothing, his standard MO.
I let him be and looked at Mia.
She shrugged. “I think it’s a good idea, if Billy’s up for it. Gus is boring as hell, and better than that, he’s never home, so you won’t have to worry about a repeat performance.”
“As if I’m worried about that.” Luke’s frown deepened. “I’m more concerned that Billy will fuck up Gus’s life like he has his own. My brother is a shitshow of chaos.”
“So am I,” Mia countered. “And you both deal with that just fine.”
“Yeah, but—” Luke caught himself before the conversation strayed into a zone I was definitely not com-fortable playing in. These days, dude was my BFF whether he’d admit it or not, but I wasn’t down with bearing witness to whatever dirty words had been about to come out of his mouth to my sister.
To distract myself from the smouldering smirk he sent her way instead, I let my mind drift to his brother. With his dirty blond hair and chiselled jaw, Luke had long been the hottest dude in town, if the graffiti on lampposts and toilet doors was to be believed. But for me, it had always been Billy. He was darker than Luke, in more ways than one. Wild. More hooligan than lovable rogue.
Even if I never saw him again, I’d remember his kiss forever.

About Garrett Leigh
Garrett Leigh is an award-winning British writer and book designer.
Garrett's debut novel, Slide, won Best Bisexual Debut at the 2014 Rainbow Book Awards, and her polyamorous novel, Misfits, was a finalist in the 2016 LAMBDA awards.
When not writing, Garrett can generally be found procrastinating on Twitter, cooking up a storm, or sitting on her behind doing as little as possible, all the while shouting at her menagerie of children and animals and attempting to tame her unruly and wonderful FOX.
Garrett is also an award winning cover artist, taking the silver medal at the Benjamin Franklin Book Awards in 2016. She designs for various publishing houses and independent authors at blackjazzdesign.com, and co-owns the specialist stock site moonstockphotography.com with photographer Dan Burgess.
Connect with Garrett
Website | Facebook | Twitter | Instagram | Goodreads | BookBub 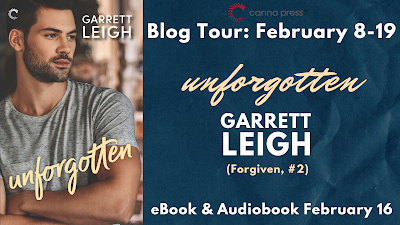