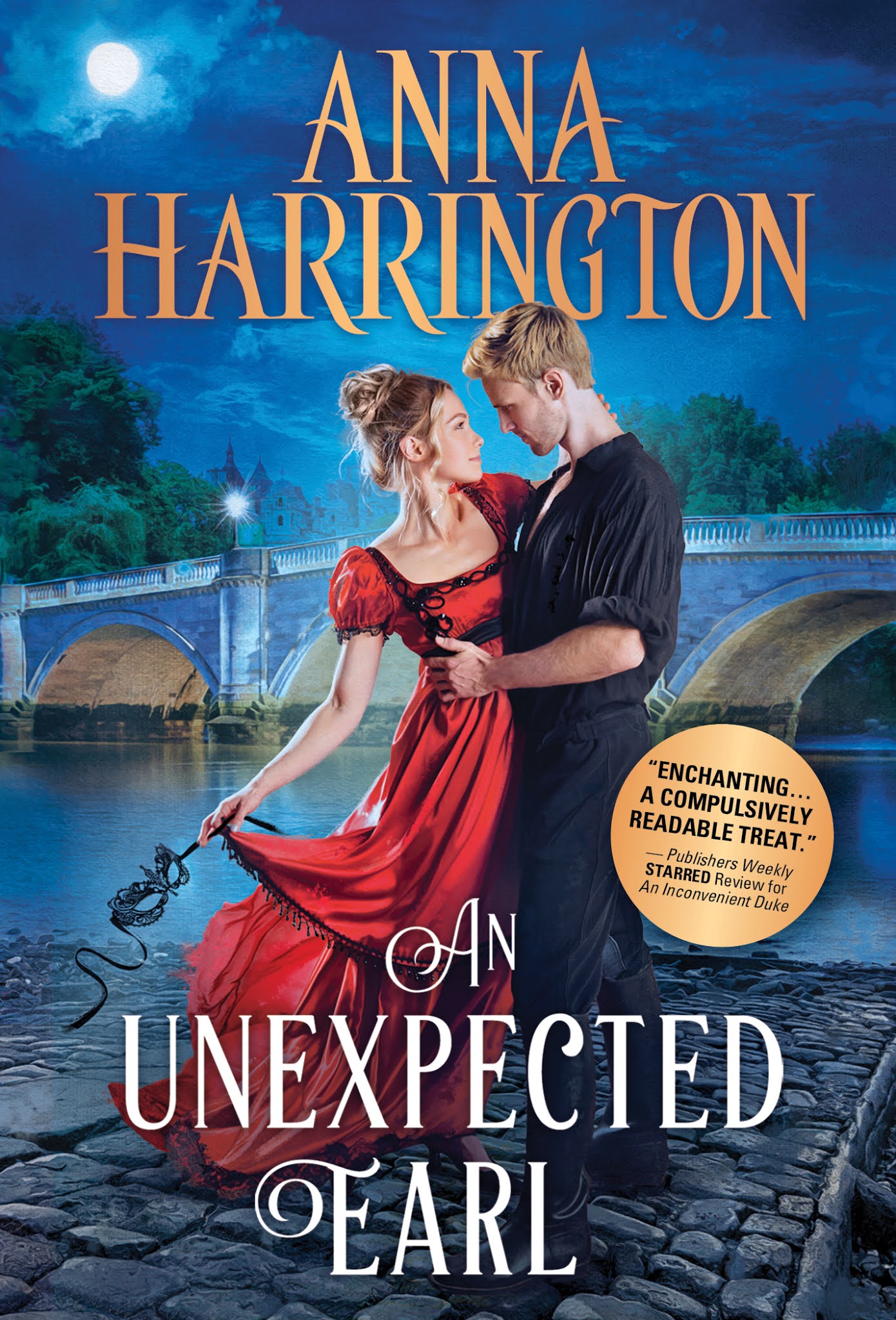 Twelve years ago, former brigadier Brandon Pearce had to give up the girl he loved, Amelia Howard. Now he’s the Earl of Sandhurst, but committed to stopping a criminal group that’s threatening the lives of innocent people. Amelia’s brother is in their clutches, and Pearce has to navigate the slippery slope of being back in Amelia’s life without telling her what he’s really up to.

But he’ll have to deceive her first...

Amelia is now a grown woman with a past she desperately needs to keep hidden in order to save her brother Frederick’s reputation. She’s shocked to discover that Frederick is being blackmailed—and heartbroken that, despite his protestations, Brandon Pearce appears to be on the wrong side of all this.

Pearce is playing a deep game to further his investigation, but he’s willing to do anything for a second chance with Amelia, even when he discovers she has secrets of her own…

Add An Unexpected Earl on Goodreads.

About Anna Harrington
Anna Harrington is an award-winning author of Regency romance. Anna was nominated for a RITA in 2017 and won the 2016 Maggie Award for Best Historical Romance for The Secret Life of Scoundrels.

A lover of all things chocolate and coffee, when she’s not hard at work writing her next book or planning her next series, Anna loves to fly airplanes, go ballroom dancing, or tend her roses. She is an English professor in Chattanooga, Tennessee.