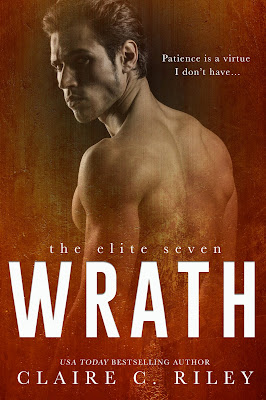 About Wrath
I’m a motherless son to a father who hates me. Fury has lived and breathed in my black heart for so long, it’s a part of my soul now. The only thing that’s ever mattered to me is protecting my twin sister, Sabella, from my father’s temper.

So when the chance to join a secret society presents itself, there’s no question I’ll do whatever it takes to become a member and earn my place in the ranks of only the most Elite.

With a taste for the deviant, I’m drawn to the darkest of desires, and no one ever leaves my bed unscathed.

Sinning is what I live for, and deviance is my passion. Failing has never been an option.

But what happens when my sin becomes my curse—when destroying the only woman I’ve ever wanted is my key to protecting my sister?

Accept your sin wisely, for the tasks given to earn your place are not for the weak...they’re for The Elite.
This isn’t just my chance, it’s my legacy and reckoning.

I am Samuel Gunner.
I am Wrath. 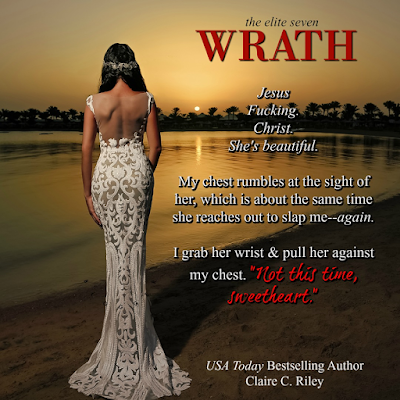 Read my 4.5-starred review of Wrath. 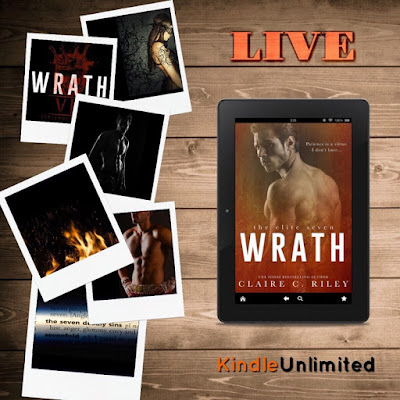 Claire is a genre hopper because life's too short to pick favorites. Plus, she's a fickle Gemini. She likes to write about alpha males, psycho stalkers and the end of the world, to name a few.

She lives in the United Kingdom with her husband, three daughters and extremely naughty rescue beagle who keeps her company by staring at her like her own personal stalker while she writes.

She can be found most days going a hundred miles an hour while she chases round after her kids, husband, puppy, and of course, her dreams!