Review: Shattered With You by J. Kenner (Stark Security #1) 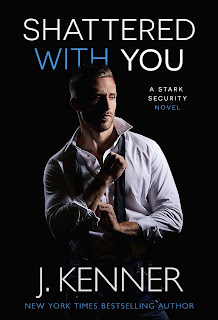 Bestselling author J. Kenner has just launched the newest spin-off to her Stark universe with Shattered With You, the first in her new Stark Universe series. If you're a loyal fan of Kenner's and have read her other books, then Quincy Radcliffe should be a familiar character. Now, he gets to tell his story and it happens to be a second-chance one, with a good balance of romance, suspense, and action. Quincy is a former British agent who's now one of the prime assets of the newly formed Stark Security. He's got his connections but he's also got a cache of secrets that he continues to keep. When Eliza Tucker reaches out to him and asks for his help to locate her missing sister, Quincy is torn between saying yes and turning her down. He may have been the one to walk away from her before and break her heart, but she remains the one person who could break him if he allowed her to get too close. Eliza is desperate, and she knows that Quincy is the only one who can help her. She'll trade her body if she has to, even if it means giving it to the man who hurt her.

There's a reason why I continue to read J. Kenner's books years after I first discovered her via the original Stark series in 2013. She knows how to weave all the elements of her book into not just a readable tale but she gives us characters that we want to get to know better. Prior to this book, all readers really got of Quincy were glimpses, but now we get to see the man behind the cool and stoic facade. I liked that the first time Quincy and Eliza see each other four years after their time together in London was something coincidental. With this particular trope, there's always that awkwardness between the exes that I find really quite entertaining, weird as that may sound. It was also great seeing those characters from books past, but I'll keep those names secret since part of the fun is the surprise. With elements of romantic and rekindled love and passion and sex alongside mystery and suspense, Kenner reminds readers why the Stark book universe is one many will keep coming back to and can't get enough of. 4.5 stars go to Shattered With You. ♥

Purchase Shattered With You on Amazon | Apple Books | B&N | Kobo.