Book Spotlight: Shattered With You by J. Kenner 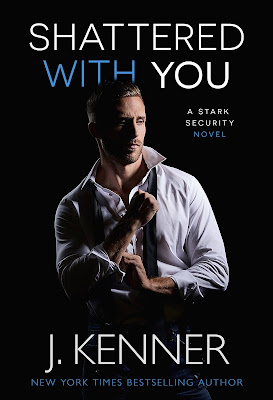 About Shattered With You
With his lethal skills and criminal connections, former British agent Quincy Radcliffe has fast become a key asset at the newly formed Stark Security. But Quincy isn’t the man he appears to be.

When the woman whose body he once worshipped and whose heart he broke pleads for his help, Quincy knows he must either turn his back on her or risk revealing his dark secrets to the one woman who can—and will—tear open his old wounds.

For years, struggling actress Eliza Tucker has tried to forget the decadent weeks she shared with Quincy Radcliffe. His smoldering good looks had drawn her in, while his British charm had enchanted her. But it was the wildness of his seduction and the ferocity of his passion that captured her. She’d given herself to him—and he’d shattered her like glass when he’d walked away.

Now, he’s the only person who can help find her missing sister. She’ll use him because she has to. She’ll pay any sensual price he demands. But she won’t fall for him again. 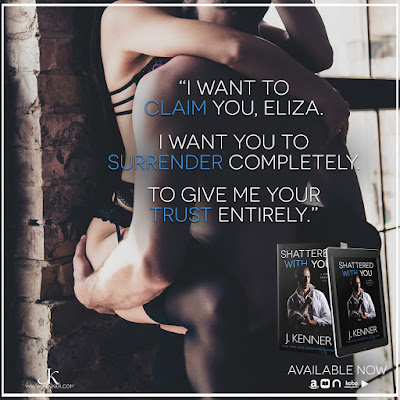 Read 4.5-starred review of Shattered With You.

Add Shattered With You on Goodreads. 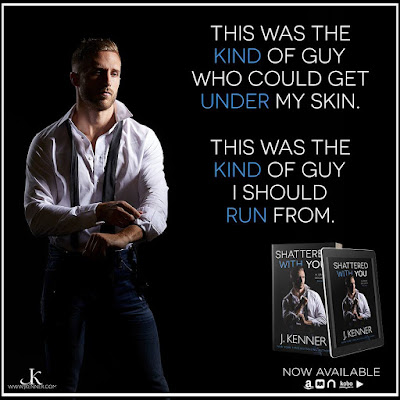 An Excerpt from Shattered With You
“I think it’s time we get you home.”

“Yes, please.” My pulse pounded in my throat. Hell, it pounded between my thighs. With each moment that passed, I was more and more turned on. I blamed the wine—it’s definitely my aphrodisiac of choice—but those lovely grapes weren’t entirely responsible for this sweet longing. On the contrary, that was all the man.

A man who took my hand and very gingerly helped me down the narrow stairs to the street, where he hailed a cab. “I’ll have to remember you’re a cheap drunk,” he said, his hand sliding down to cup my bottom. I bit my lower lip and leaned into it, then moaned with satisfaction as he nuzzled my neck. “That’s valuable information to store away.”

“If that’s the kind of information you want, I’ll tell you anything. Just don’t stop doing that.”

“Ah, but I have to. Your chariot awaits.”

He stepped around me, leaving me bereft from the sudden lack of contact. He opened the door like a perfect gentleman, then stepped back, as if to close it, rather than sliding in beside me.

“Are you getting in on the other side? I can slide over.”

“You’re going home alone,” he said, and my entire body went cold from the giant bucket of rejection he’d just dumped all over me.

“I—what? Why?” I frowned. “I thought you were buying me breakfast. I thought we were going to—” I closed my mouth because under the circumstances I really wasn’t going there.

“I—Quincy…” I shot a mortified look at the driver, who was sitting like stone, his hands glued to the steering wheel as he looked straight ahead.

“Hmm,” Quincy said, then leaned over and handed the driver a ten-pound note. “Sorry to keep you waiting. This should cover the inconvenience.” And then, as if the delay was the only thing odd about this situation, he turned back to me and said, “That would be my very great pleasure, Eliza.”

“But. Wait. What?” I wasn’t sure if it was the wine or the shock, but he was making no sense.

He put a hand on the roof and leaned in.

“You’re dangerous, Eliza. You and me, we’re a lot alike.”

“Oh. I see.” I swallowed. And told myself not to cry. I didn’t know him well enough to cry. Which begged the question of why tears were pooling in my eyes. “Well, it was—I mean, I had a nice day. Thank you. It, ah, it was really nice to meet you.” Bastard.

His mouth twitched, and for a moment I feared I’d said that out loud.

“What, no. Wait—I thought you were brushing me off.”

“Do you want me to?” Again with that tiny smile.

“No, and you’re teasing me. What the hell, Quince?” At that, he laughed outright. “Now I know.”

“If you and I spend much time together—and I certainly hope that we will—when you call me Quince it’s because I’m in trouble.”

I tilted my head and crossed my arms in a display of irritation. And I was irritated. But I was also hopelessly, giddily relieved. “Fine. You’re in trouble. Don’t scare me like that. You acted like you just wanted to send me on my way.”

“I’ll tell you what I want,” he said, bending lower and speaking softer. But not so soft the driver couldn’t hear.

“I don’t just want to go home with you. I don’t simply want to fuck you. I want to claim you, Eliza. I want you to surrender completely. To give me your trust entirely.”

“I don’t understand. I don’t know what that means.”

“I think you do. I want control.” He brushed my lips with the pad of his free hand. “To take you how I want you. In the back of a cab like this. In your bed. Tied down. On your knees. I’ll give you pleasure, Eliza. More than you can imagine or have experienced.”

“I can, and I do.” He hesitated a moment, his eyes burning into me. “I can’t promise to save you from whatever darkness is inside you—only you can do that. But there are shadows in your eyes, and I want to be the one to bring back some light.” 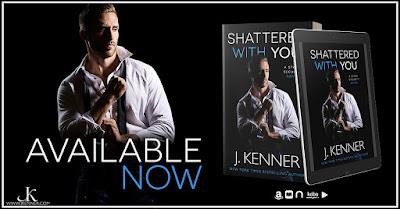