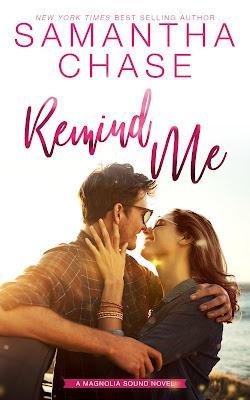 About Remind Me
It’s been years since Mallory Westbrook set foot in Magnolia Sound, but the death of her great-grandfather forces her back. Two weeks to get his affairs in order then she would return to her life in New York. The perfect plan, if not for Jake Summerford—her first love who broke her heart.

Jake always regretted the way things ended with Mallory and now that she’s back in town, he’s hoping they can put the past behind them. As they reconnect, old feelings resurface and Jake realizes that friendship is only the beginning of what he wants from Mallory.

With one foot out of the door, Mallory is looking for any excuse to leave Magnolia Sound behind. Forever. Will Jake’s plan to replace the old, painful memories help him finally show her their love deserves another chance? 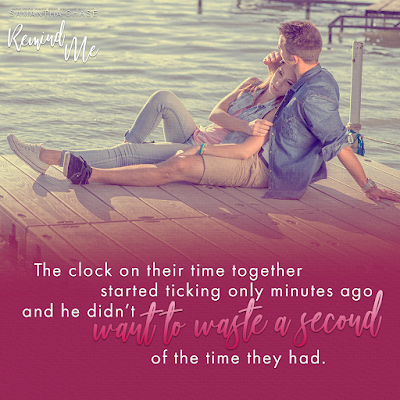 Read my 4.5-starred review of Remind Me. 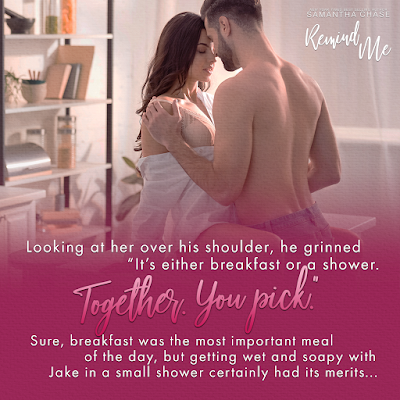 An Excerpt from Remind Me
“But we were already hanging out,” Mallory reminded him and the look Sam gave her bordered on hysterical. “What? What’s so funny?”

“We all know I’m the third wheel here and the two of you would like nothing more than to be alone, so…I’m leaving,” he said, walking back into the kitchen to put the beer back in the refrigerator. “I’m gonna go home and tell Mom what the plan is–I’m going out to be a good cousin, while you’re here doing…I don’t know…Jake.” He winked. “You two have fun!”

Jake knew he didn’t let out a breath until the back door closed and he saw Sam walk down the deck stairs from the living room window. “Well…that was…awkward.”

“Just a little,” Mallory agreed. “Ugh…why is my brother such a dork?”

Laughing, Jake shifted them until her head was on his shoulder. “I wouldn’t call him a dork, he’s just a little…”

“He’s a dork. Trust me. We’re twins and I’m allowed to say it.” She shook her head. “He’s going to be snarky about this until he leaves.”

“You and me. Us. The fact that he knows what we’re doing.” She groaned. “Now, every time I mention seeing you or doing something, he’s going to make some sort of doofus comment about how I’m doing you. I’m telling you, he’s the worst.”

But Jake couldn’t help but laugh. He didn’t have any siblings so he didn’t understand the dynamics, but from where he was sitting, it was all pretty comical. The fact that they each other and had such obvious affection for each other was a pretty amazing thing. Maybe it was because they were twins or something. All he knew was that he hadn’t met many siblings with the kind of relationship Sam and Mallory had.

Plus, he liked knowing Sam looked out for her when he couldn’t.

And that one single thought had him going still.

This wasn’t going anywhere–this was about passing the time and getting her out of his system. He wasn’t supposed to be thinking about his feelings or hers. This was temporary. They both saw the end before they started up again, so why was he suddenly feeling concerned about how Mallory was going to be when he wasn’t around?

Standing, he gently tugged her to her feet before plunging his hands into her hair and giving her a searing kiss. If she was surprised by the sudden change of events, she didn’t show it. If anything, she kissed him back with equal abandon.

So good, he thought. Kissing Mallory was always so damn good…

When he had invited her to come home with him earlier–before Sam showed up–Jake envisioned them coming in and talking and maybe sharing some lazy kisses before he seduced her into staying the night. But as Mallory pressed up against him and purred, he was pretty sure nothing was going to be slow and lazy, and that he was the one being seduced.

And he loved every minute of it.

Without breaking the kiss, they maneuvered across the room and down the hall, stopping once so he could back her against the wall and grind against her. She tore her lips from his and sighed his name like a plea. Reaching down, Jake lifted her until her legs wrapped around his waist and it took every bit of self-control he possessed not to take her right then and there. Her dress was bunched up at her waist and the barely-there panties would be gone with only the slightest of tugs…

“Bed,” he growled against her throat even as he continued to rub against her. “I want you in my bed.”

“Then take me there,” she said breathlessly.

Easier said than done, he thought, forcing himself to walk the last ten feet to his room. At the side of the bed, he simply let himself fall and kept Mallory in his arms. They laughed and rolled until they were comfortable and then he sank back into the kiss.

Mallory tugged at his shirt and once she had it pulled free of his trousers, her nails scraped up his back and it gave him chills. Sitting up quickly, he ripped the shirt off–buttons flying in every direction.

“Wow,” she panted. “That was incredibly sexy.”

“Oh, yeah?” he asked, his own breath coming out roughly. “How do you feel about this?” His hand snaked under her dress and he tugged her tiny panties off–the sound of the fabric ripping seemed insanely loud in the room.

“Oh!” she cried as her hips bucked off the bed. Jake knew what she wanted and he was more than happy to give it to her.  In a flash her dress was off. He peeled her bra off with his teeth as she writhed beneath him. “Jake…”

Once he had her completely naked, his self-control completely vanished. His mouth and hands were everywhere. While he licked and suckled at her breasts, his hand was ruthlessly teasing her between her legs. Watching Mallory lose control was one of his favorite pastimes and as he urged her on, he knew it would always be this way. She cried out his name again and again and again and each time it ratcheted his own arousal up more and more.

He hated to move away from her even for a second, but he still had half of his own clothes to discard. Mallory reached for him as he moved away and he smoothed a hand across her stomach. “Soon,” he whispered. “I’m not going anywhere.” 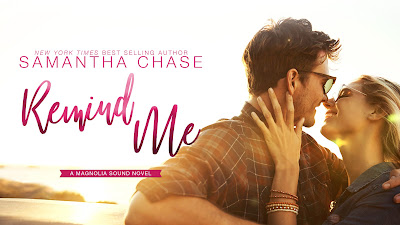