Book Spotlight: Her by Britney King 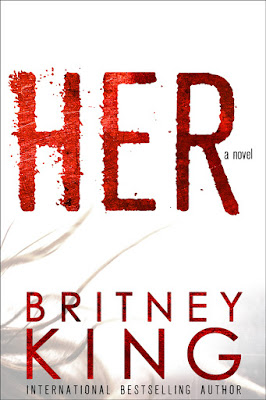 About Her
"After four, I quit counting. What’s the point if you know it isn’t going to stop?”

Sadie is jealous. Why wouldn’t she be? Her life is falling apart. Meanwhile, her new neighbor is everything she is not.

Ann is perfect—the kind of woman everyone loves to hate—and a best friend to die for. She hosts over-the-top dinner parties, takes parenting to an entirely different level, and makes ambition look sexy as hell.

Sadie learns quick: the best way to cure jealousy is to befriend it. She also learns there’s more to her new friend than meets the eye. She’s patient, she’s kind, and possibly a serial killer.

It isn’t until Ann’s proclivities hit a little too close to home that Sadie has to ask herself how much she’s willing to overlook in the name of getting what she wants.

Exquisitely paced, Her is an unnerving and electrifying psychological thriller about jealousy, passion, and the dangerous places desire can take you. Full of enough tension and twists to make even the most seasoned suspense reader break out in a cold sweat, it keeps you guessing until the very last page. 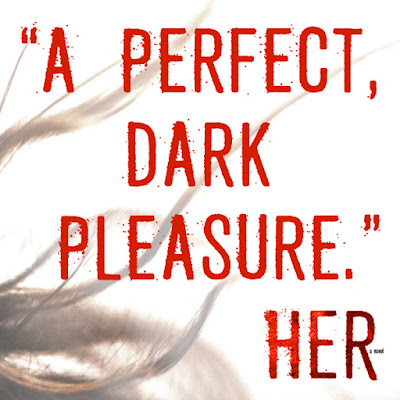 Read my five-starred review of Her.

Add Her on Goodreads. 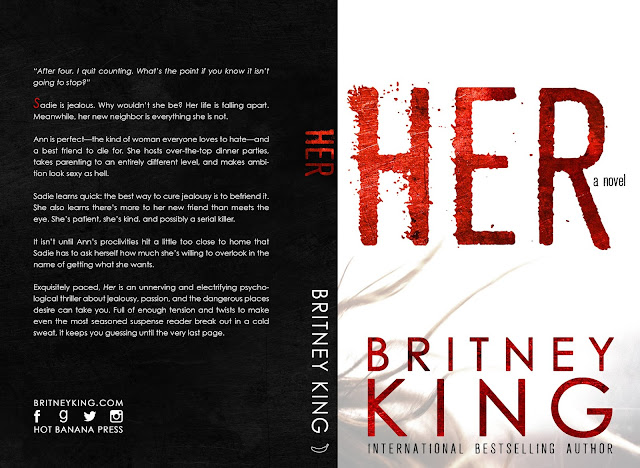 About Britney King
Britney King lives in Austin, Texas with her husband, children, two dogs, one ridiculous cat, and a partridge in a pear tree.

When she's not wrangling the things mentioned above, she writes psychological, domestic and romantic thrillers set in suburbia.

The Bedrock series features an unlikely heroine who should have known better. Turns out, she didn’t. Thus she finds herself tangled in a messy, dangerous, forbidden love story and face-to-face with a madman hell-bent on revenge. The series has been compared to Fatal Attraction, Single White Female, and Basic Instinct.

The Water series follows the shady love story of an unconventional married couple—he’s an assassin—she kills for fun. It has been compared to a crazier book version of Mr. and Mrs. Smith. Also, Dexter.

Around The Bend is a heart-pounding standalone, which traces the journey of a well-to-do suburban housewife, and her life as it unravels, thanks to the secrets she keeps. If she were the only one with things she wanted to keep hidden, then maybe it wouldn’t have turned out so bad. But she wasn’t.

The With You series at its core is a deep love story about unlikely friends who travel the world; trying to find themselves, together and apart. Packed with drama and adventure along with a heavy dose of suspense, it has been compared to The Secret Life of Walter Mitty and Love, Rosie.

The Social Affair is an intense standalone about a timeless couple who find themselves with a secret admirer they hadn’t bargained for. For fans of the anti-heroine and stories told in unorthodox ways, the novel explores what can happen when privacy is traded for convenience. It is reminiscent of films such as One Hour Photo and Play Misty for Me.

To get more—grab two books for free, by subscribing to her mailing list at britneyking.com or just copy and paste bit.ly/britneykingweb into your browser.