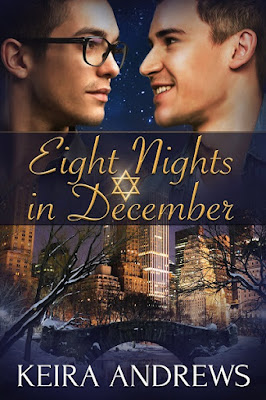 About Eight Nights in December
A geek. A virgin. One sexy holiday.

Orphaned Lucas figures spending the holidays with his obnoxious roommate’s family in New York City is better than staying alone on campus upstate. He ends up sharing a room again, this time with his roommate’s brother, Nate. Geeky photographer Nate isn’t at all what Lucas expects. In fact, he’s incredibly sexy—especially when he invites Lucas into his darkroom...

They hide their attraction during Hanukkah celebrations, but behind closed doors, Lucas and Nate can’t keep their hands (or mouths) off each other. Nate’s only looking for a bit of holiday fun, and amazing sex with a hot virgin definitely fits the bill. Yet as the candles burn, Nate and Lucas begin to realize eight nights will never be enough. 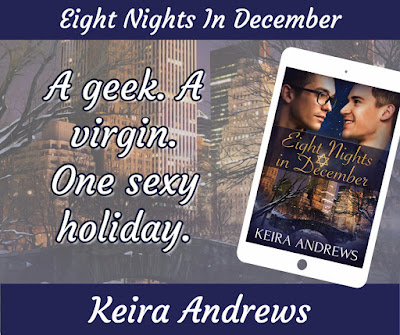 Read my 4.5-starred review of Eight Nights in December. 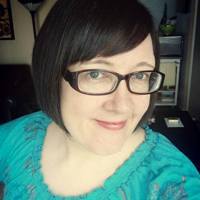 After writing for years yet never really finding the right inspiration, Keira discovered her voice in gay romance, which has become a passion. She writes contemporary, historical, fantasy, and paranormal fiction and — although she loves delicious angst along the way — Keira firmly believes in happy endings. For as Oscar Wilde once said: “The good ended happily, and the bad unhappily. That is what fiction means.”