Audiobook Review: To Love and to Cherish by Addison Albright, narrated by David Gilmore (Vows #3) 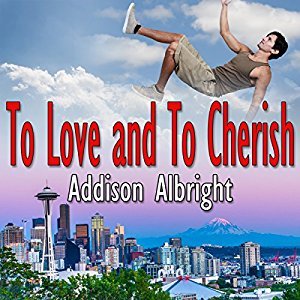 Nash Marino fell in love, got engaged, and ended up being the guy who was left behind when his fiancé ended things after learning he wasn't quite the widower he believed himself to be. While his ex goes on to restart the happily-ever-after he's always wanted with his husband, Nash is, understandably, not celebrating the shocking turn of events. He feels betrayed and is very much hurt and upset. For months, he feels rudderless, done in by his professional and personal woes. But maybe his nursing skills can help change things up, especially when Dr. Myles Burlingham, nicknamed "Emmitt", is in dire need of a medical professional who can serve as a caregiver for his ailing grandfather. Add to that Emmitt suggesting a setup that may prove both beneficial and convenient for them. Just when things look on the up and up for Nash, fate decides it's got a twist or two waiting in the wings for him.

Written by Addison Albright and narrated by David Gilmore, To Love and to Cherish is the third story in the Vows series. Gilmore served as the narrator for the first two audiobooks in the series as well. This can work as a standalone, but I'm still going to recommend that you listen to the first two books (don't worry, the second one isn't all that long) so you can have a better appreciation for what Nash is experiencing here in the third one. As far as the story line is concerned, I had to suspend my disbelief at certain points, especially when it came to the more far-fetched scenarios that Nash found himself in. That being said, there was a fair bit of overall enjoyment because the guy did deserve to have his own happy ending after everything he lived through after his engagement to Sam Miller-Greene ended with the reappearance of Henry Miller-Greene, though I have my doubts as to how emotionally invested he truly was in his relationship with Sam given his conflicting reactions in the aftermath. Emmitt is a good guy, but there wasn't this believable connection with Nash that I would have liked them to have.

My thoughts on Gilmore's voice-over work here has left me rather torn. In the first two audiobooks, which I listened to one immediately after the other, it took a good, long while for me to get used to his rather droll and seemingly lackadaisical tone. That very same tone is back in this third audiobook, and this time around, I found myself wishing he added a proverbial pep to his step. It felt like I was listening to someone reading me a story in the same voice from start to finish, with very little variety, rather than me being engaged by a tale worthy of my undivided attention. I'm not saying Gilmore isn't a good narrator. He's rather commendable. But that's exactly what he is--a narrator and I was hoping for a storyteller. I also wasn't as enamored by the story itself as I was of 'Til Death Do Us Part and From This Day Forward. Having listened to both, I was hoping for more here. A bit fantastical in terms of story and a tad humdrum in terms of voiceover, To Love and to Cherish was a three-starred audiobook. ♥

Read my reviews for the Vows series: 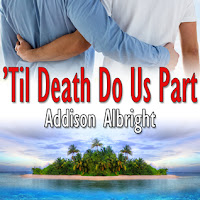 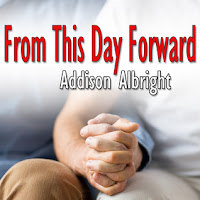 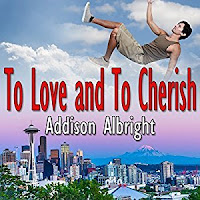 'Til Death Do Us Part (book one) - four stars - My Review

Purchase To Love and to Cherish on Audible.