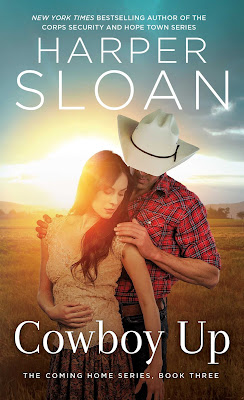 About Cowboy Up
New York Times and USA Today bestselling author Harper Sloan returns with a passionate and breathless romance about the sparks that ignite when a cautious cowboy and a once-scorned woman open up to each other in the third installment of the Coming Home series.

As the eldest Davis, Clayton has always tried to lead by example. He takes his job as head of the family businesses seriously, making sure the farm and auto shop are running smoothly—along with keeping an eye on his brother and sister. For him, there's a time and place to let go of the control he holds with an iron grip. And with the way he grew up, coupled with disastrous end to his last relationship, he's just fine with his quiet, solitary life.

Most of the time.

What he hadn't counted on was cute, quirky, shy bookstore owner, Caroline Michaels. She's the proverbial woman next door—well, the next town over, that is. Caroline hasn't lived an easy life, but after escaping an abusive ex, she's finally living it for herself. The last thing she ever expected was a one-night stand with Clay Davis, a night she can't stop thinking about.

So when she falls on hard times and Clay comes out of nowhere to her rescue, she realizes just how impossible it'll be to stay away from him. Now all she has to do is convince him to live a little...

Will Clay be able to give up the reins and finally settle down? And, more importantly, will Caroline muster enough courage to lasso him up? 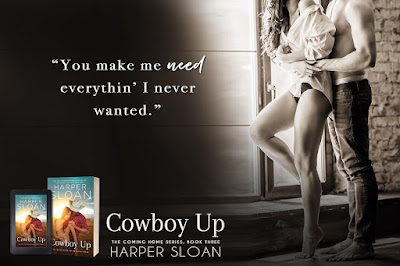 “Sloan’s third Coming Home Western contemporary tops even the superbly done first two books in the series…
red-hot love scenes and tight plotting…Alternating the protagonists’ points of view
and providing a song suggestion with each chapter, Sloan crafts a heart-tugging tale.
This is an emotionally satisfying series wrap-up.”
—Publishers Weekly 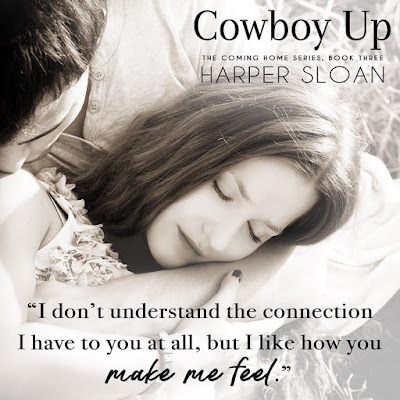 Read my five-starred review Cowboy Up.

Add Cowboy Up on Goodreads. 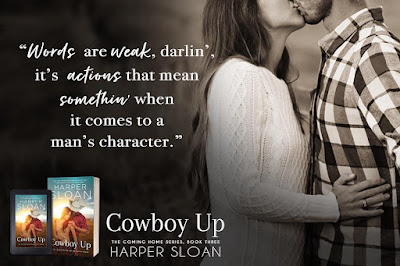 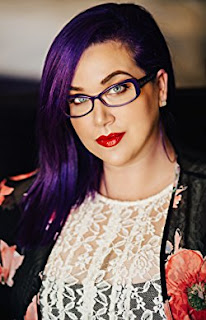 Harper Sloan is the New York Times and USA Today bestselling author of the Corps Security, Hope Town, and Coming Home series and the standalone novel Perfectly Imperfect. She started using writing as a way to unwind when the house went to sleep at night. Harper lives in Georgia with her family.