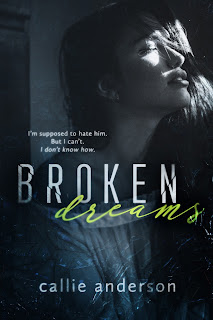 Note: This ARC was provided by the author via Sassy Savvy Fabulous PR in exchange for an honest review.

Leslie Sutton and Ethan Prescott were neighbors at ten who became the best of friends, each other's greatest source of support. He would climb through her bedroom window and find comfort being in the same room as the girl he cared about. As they grew up, their feelings evolved, falling in love and dreaming dreams that had them being, most importantly, together. But all it takes is one night--one choice--to shatter those dreams and have both Leslie and Ethan separating, Leslie laying blame at Ethan's feet and banking her anger for him over the next eight years. She leaves, only to return to their hometown after news of her father's heart attack reaches her. The mother who pressured her and made her feel like she was never giving anything regarding her being a ballet dancer her best is just one of the reasons she's kept her distance. The other one refuses to be pushed to the side once he learns Leslie is back. Ethan wants Leslie to listen to him, to make her see that he, too, has been hurting all these years. Hearts and dreams were broken eight years ago. Will they be able to pick up those pieces eight years later?

Going into Broken Dreams, I had no clue that the book was part of what is now the Fatal series and comes after the two books that were originally called the Love Letter Duet--Invisible Love Letter and Endless Love Letter. While this third book and the first two books are loosely connected, Leslie and Ethan's second-chance love story can be read as a standalone. There's a lot of angst that goes on in this novel, as is often the case when it comes to two erstwhile lovers who had the bubble they were living in implode on them and then they go on to live less than fulfilling lives eight years on. We see their back story interspersed with what's happening in the present, and it's easy to understand why Leslie has such strong negative feelings towards Ethan but also why still has...other...strong feelings for him. I enjoyed reading about how these two discovered love and friendship the first time around and how they re-discovered the old and learned the new eight years later. This was my third Callie Anderson read, and she's given her readers a worthwhile one with her latest endeavor. I'm giving Broken Dreams four out of five stars. ♥

Read my reviews for the Fatal series: