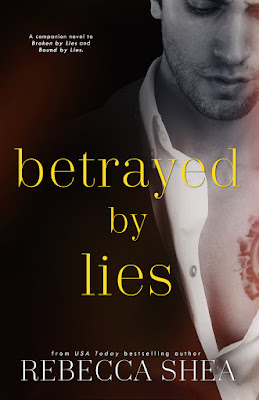 As an ATF agent, bringing down the Estrada cartel has been my sole mission. I’m a skilled agent, determined and fearless, but a relentless pursuit and a willingness to risk everything almost killed me.

A year later, when an opportunity in Los Angeles presents itself, I jump at the chance to start over and rebuild the career and life I almost lost.

Kate Stevens was not part of my new plan. I never expected she would be the one to save me from my past. She was exactly what I needed—smart, beautiful and independent. I finally have a future I look forward to.

Only nothing in my life ever goes according to plan. Losing Kate is not an option, but fate seems poised to ruin me, and there isn’t a damn thing I can do about it. 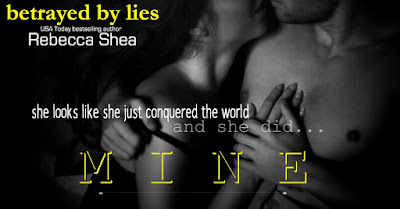 Read my four-starred review of Betrayed by Lies.

Add Betrayed by Lies on Goodreads.

Amazon will have a live release on April 24. 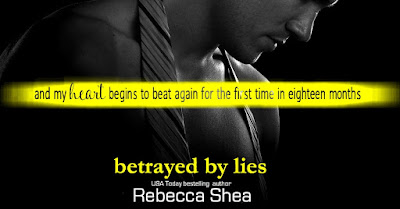 Read the first two books in the Bound & Broken series,
Broken by Lies (currently on sale for 99 cents) and Bound by Lies: 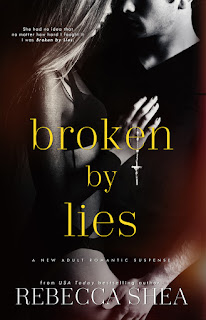 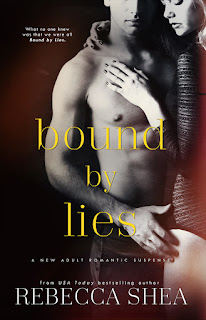 My Reviews
Broken by Lies | Bound by Lies 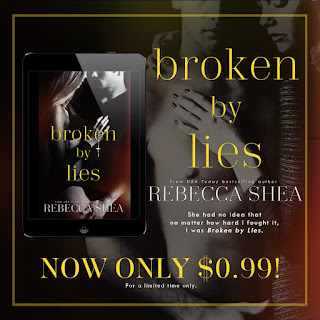 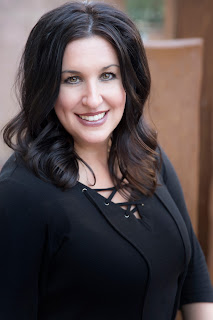 Rebecca Shea is the USA Today bestselling author of the Unbreakable series (Unbreakable, Undone, and Unforgiven) and the Bound & Broken series (Broken by Lies and Bound by Lies). She lives in Phoenix, Arizona with her family. From the time Rebecca could read, she has had a passion for books. Rebecca spends her days working and her nights writing, bringing stories to life.

Born and raised in Minnesota, Rebecca moved to Arizona in 1999 to escape the bitter winters. When not working or writing, she can be found on the sidelines of her sons’ football games, or watching her daughter at ballet class. Rebecca is fueled by insane amounts of coffee, margaritas, Laffy Taffy (except the banana ones), and happily ever afters.