Sale Blitz: Tell Me How This Ends by Victoria De La O

Years ago a restless, troubled man sprang to life in my head, and he wouldn't leave me alone. He had a younger brother that he loved more than anything in the world, so I sat down and tried to write their story. And it wasn't very good. But these brothers—Jude and Ryan—never left me. A decade later, I realized that, like Frankenstein's monster, they were waiting for me to create their loves. And a few months later, Tell Me How This Ends was born.

The book is the first in the Tell Me trilogy, which is heartfelt, fun, and sometimes emotional. It was my pleasure to follow Jude, Ryan, and their friends through three books. I'm not going to lie; there were tears when I wrote the final scene.

I am so honored that Tell Me How This Ends has been nominated for a RITA award, but I'm even more humbled by the readers who have taken the time to tell me they love the book. I hope you love it, too. 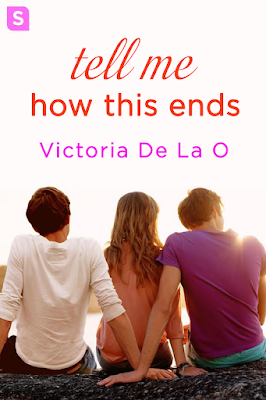 About Tell Me How This Ends
2017 RITA® Finalist

Brothers Jude and Ryan McAllister are inseparable. When Jude stepped in to raise Ryan after the death of their mother, it became the two of them against the world. But the scars it left were bone-deep. Then Lizzie Price comes along.

Lizzie hopes Ryan's kindness can help heal her wounds from a toxic relationship. But when she meets Jude, their powerful attraction makes him difficult to resist. The problem is, Lizzie doesn't realize Jude and Ryan are brothers, and they don't know they're falling for the same girl.

By the time the truth comes out, everyone is in too deep. Ryan is in love, Jude is in denial, and Lizzie wants both brothers. All of them agree that no one deserves to get hurt. But love and desire have a way of testing even the strongest bonds.

Add Tell Me How This Ends on Goodreads.

The Tell Me series:
Tell Me How This Ends
Tell Me Not to Go
Tell Me That You're Mine (coming Summer 2017) 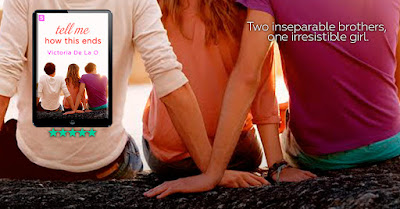 An Excerpt from Tell Me How This Ends
I can’t sleep, so I head to the kitchen. I don’t bother to turn on the lights, because the dark doesn’t scare me. Most of the terrifying things in life happen in the daylight.

Ryan must be up, too, because I see light coming from the kitchen. Sometimes we meet like this in the middle of the night and eat a snack. I make the PB&J, and he pours the milk.

There is someone standing at the faucet but it’s not Ryan, and my brain takes an extra couple seconds to compute what I’m seeing. Elizabeth is there, her back turned to me, her face in profile. Her hair is messy and long, and she’s wearing a shirt that comes to midthigh. She turns around and sees me. Her mouth and eyes go wide, but she doesn’t scream, like a silent movie actress.

“What are you doing here?” she asks, which doesn’t make sense to me at first. Then I see she’s wearing Ryan’s Panic! at the Disco T-shirt. My brain has apparently been dormant for the past two minutes, because suddenly, it chugs to life. My synapses fire, and I make connections, and I know that this is the girl my brother has just fucked, and even worse, has fallen for.

I can’t help it: I start to laugh. I laugh so hard that my eyes water, and I slide against the cabinets to the floor. She walks around the counter and stands in front of me. I stare at her legs, which are long and smooth. She crouches down, pulling her—Ryan’s—T-shirt down so I don’t see anything essential on the way.

“Stop it,” she says, looking at me like I’m crazy.

“Guess it’s going well with college boy,” I say, taking in her bedhead. “You definitely picked the better brother.” 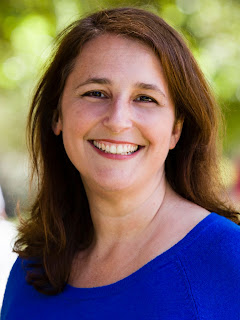 Victoria De La O is the award-winning and RITA®-nominated author of the Tell Me romance trilogy, including Tell Me How This Ends. A native of California’s Silicon Valley, she spends time hanging out with her family, arguing about films, and partaking in chicanery.

She also enjoys writing about women’s issues, practicing Wonder Woman spins, and talking to readers, so hit her up on social media.