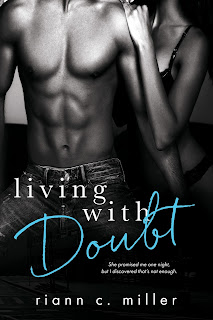 About Living with Doubt
She’s hiding from everyone…

I don’t need a happily ever after filled with fake promises, animosity and eventually a divorce to be content. I’m living the dream…my dream, regardless of what anyone thinks of me. My meager life was perfect until a cocky football player wormed his way into my existence.

Once upon a time, I played an unconscious role in my own life, a mistake I have no plans of repeating. I pride myself with my outspoken and frequently excessive nature. It’s the consistent reminder of the person I refuse to become ever again.

Life is perfect. I’ve lived and breathed football since I was a kid, and now I’m making millions playing in the NFL. I keep women around for one reason, but never the same one. The only attachments I need are family and friends but life has a bizarre way of proving a person wrong. When a concussion leaves my best-friend’s life spinning out of control, the last thing I expected was to meet an outrageous woman who leaves me begging for more.

She lives in New York.
I live in Arizona.

She promised me one night, but I discovered that’s not enough. Now, I need to figure out if I’m a pro off the field because I’m about to play the biggest game of my life.

Adult Contemporary Romance: Due to language and sexual content, this book is not intended for readers under the age of 18. Each book in the Regret series can be read as a standalone. 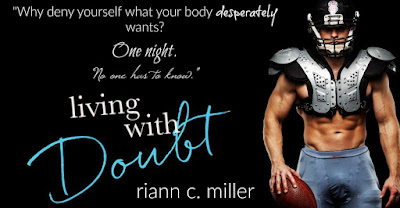 Read my five-starred review of Living with Doubt.

Add Living with Doubt on Goodreads. 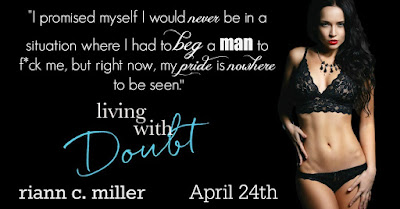 The first book in the Regret series, Living with Regret,
is currently on sale for 99 cents and is free on Kindle Unlimited! 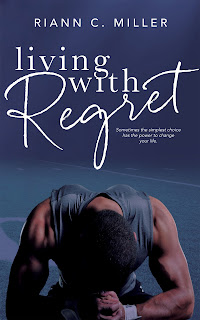 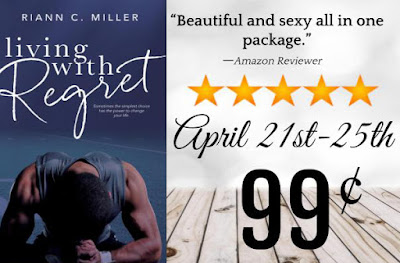 An Excerpt from Living with Doubt
I take a deep breath and slowly exhale. When I turn back around, I find I’m still being watched. “And who are you?” I question as his eyes dance back and forth while a slow sensual smile takes over his gorgeous face.

I don’t date. I don’t have time in my life for a man, and when I go out looking for a way to relieve my sexual tension, I don’t choose men who have legs the size of tree trunks. But this one happens to turn me on in a way I haven’t experienced in years. If we were back in New York, I’d be willing to give him a try—just for one night.

“I’m Jake Girard.” He sticks out his hand to greet me.

When I slip my fingers into his, the hair on my arm stands to attention.

“Nice to meet you,” he drawls.

My breath gets caught in my throat as I stare at his lips.

“And you are…?” He trails off as my brain desperately tries to remember what he asked me.

“Well, Ms. Davis, it’s damn nice to meet you.” My eyes widen as he crosses his colossal arms over his chest.

Jake smiles as he rubs his jaw. “You really don’t know who I am?”

I step back as my eyes roam down his body once more. Nope…I would definitely remember meeting this man. I shrug, hoping I appear unimpressed. “Why would I know you?”

He studies me closely. “You’re from New York, correct?”

“New York happens to have two NFL teams. Are you seriously telling me you never watch football?”

“Football?” I distractedly question.
“Yes. I’m Chase’s friend, but I’m also his teammate. I play for the Arizona Cardinals,” he proudly states, to which my mouth drops open. He’s a football player. He’s a humongous football player who thought I would recognize him from either his face or name.

“Nope…” I pop the P louder than necessary. “Never heard of you before. I guess out of the almost nine million people who live in New York, you were bound to find someone who doesn’t give a damn about football.” 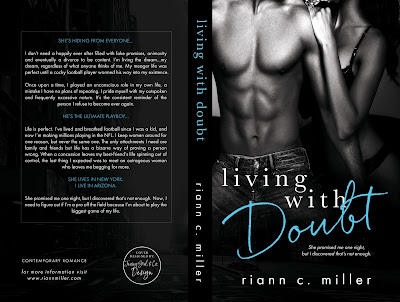 About Riann C. Miller
Riann C. Miller lives in southeast Kansas and writes steamy contemporary romance stories. When she’s not reading or writing, she spends time with her friends and family or you might catch her watching a baseball game with a beer in her hand.

Riann, who pronounces her name (Ry-an), also preoccupies a lot of her time on social media connecting with readers.