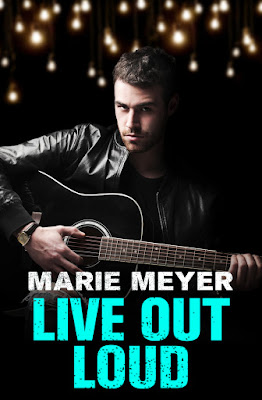 About Live Out Loud
I thought I'd live in silence forever . . . and then I met him.

I'll never be able to hear, but music has always been a source of comfort for me. Rather than listen to the rhythm, I can actually feel the beat pulsing through me. It's pure bliss. So the moment I saw Thorin playing his guitar, I was mesmerized. I'd never seen anything more beautiful . . . or intimate. I couldn't tell where his body ended and the song began. He's everything I need in my life . . . I'm falling fast, hard, and deep.

I want him more than anything. But while I live in silence, Thor lives in secrets. He's holding something back—something that's keeping this intensity, this longing from being real. And the silence may be too loud to bear . . .

Read my five-starred review of Live Out Loud.

Add Live Out Loud on Goodreads. 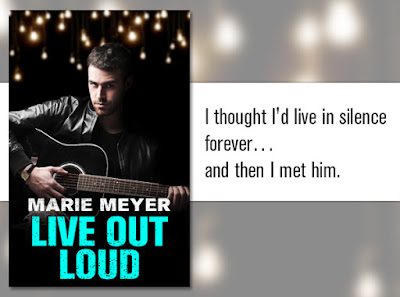 An Excerpt from Live Out Loud
Shit, sweetheart, where’s the fire?

“Hey, Red, hold up,” I say, trying to get her attention. I don’t want to startle her, but it’s no use, she can’t hear me over the noise of the club. If I don’t stop her now, she’ll leave and I won’t get her number. I drop my hand onto her shoulder and she goes rigid under my touch.

Very slowly, she turns around, almost as if she’s expecting to see the Grim Reaper standing behind her. When our gazes meet, her shoulders relax and she lets out a deep breath. Up close, she’s even more beautiful. And Jesus…her eyes. When I caught her gaze for a few seconds on stage, I knew there was something special about her eyes; I just couldn’t see them clearly. Up close, they’re extraordinary. I’ve never seen eyes like hers before…the color of emerald sea glass. A long forgotten memory surfaces, one of my earliest…walking along the beach as a kid…with my dad…before everything went to hell.

I shake off the phantom thought and focus on the girl. “Sorry. Didn’t mean to scare you. It’s just…I…” I stumble over my words like I’m a thirteen-year-old boy. What the hell’s my problem? She’s not the first chick you’ve ever talked to. Spit the damn words out, Thor. “I saw you while I was up on stage, and I was hoping to get your number, I’d really like to take you out sometime.”

There. I said it. Not hard.

She smiles widely and nods. Lifting her hands between us, I notice her fingers move. Graceful and deliberate hand motions. Is she using sign language?

“She can read your lips.”

I glance to my right. A tall girl with long, half black, half blond hair flanks her side. Pretty, but pales in comparison to her friend.

“Read my lips?” I shake my head, not understanding. I point to the redheaded beauty and direct my question to her friend. “She’s deaf?”

There’s a tap on my shoulder and my eyes snap back to Red’s. Moving her hands again, she signs something, and I’m clueless. Her lips move, but she doesn’t speak. And apparently, I’m shit at lipreading. But at least her expression is playful. That’s a plus, right?

She lowers her arms and smiles. Damn, I love how the right side of her lips pulls up higher than the left.

I’ve never had to chase down a girl. For some reason, chicks dig guys in a band. They’ve always pursued me. But, the one time I see a girl so gorgeous, and take the time to run after her, she can’t even hear me.

I look at her friend. “What did she just say?”

Red’s friend folds her arms over her chest, wearing the same beatific smile she did when I stopped them. “She answered your question. Yes, she’s deaf. She also asked if you still want her number.”

I stare at the girl. With wild red curls framing her face and a mischievous smirk, she waits for my answer. Hell yeah, I do. 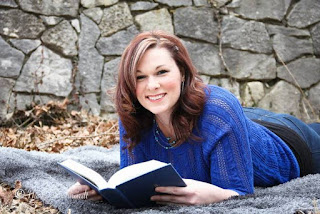 Marie Meyer is a teacher who spends her days in the classroom and her nights writing heartfelt romances. She is a proud mommy and enjoys helping her oldest daughter train for the Special Olympics, making up silly stories with her youngest daughter, and bingeing on weeks of DVR'd television with her husband. 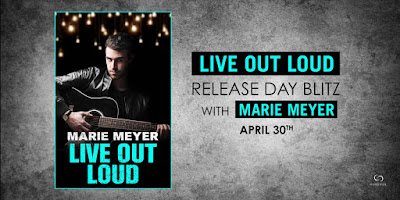