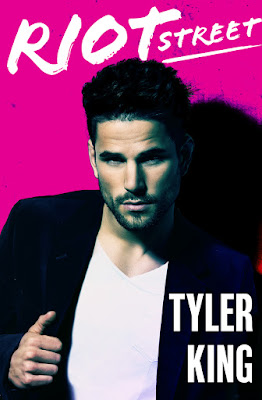 About Riot Street
Sometimes, getting in too deep is the only way to survive…

As darkly charismatic as he is unpredictable, Ethan Ash knows me better than I know myself. He’s spent years unraveling the family scandal I’ve tried desperately to escape. I once thought that made us adversaries. Now he’s the closest ally I have left.

Ethan’s both the chaos around me and the deep, calm center where I feel safe. People warn me about him, tell me he’s dangerous. Don’t fall for him. But it’s too late. Because I can’t tell where my addiction ends…and his obsession begins. 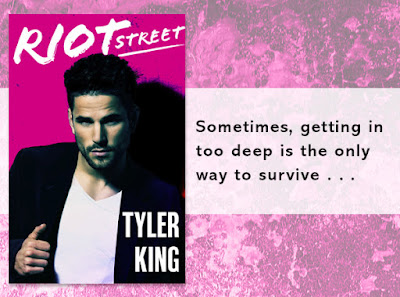 An Excerpt from Riot Street
“You awake?” Ethan shifts next to me in bed beneath the blankets. “Something wrong?”
“I’m fine. Go back to sleep.”

He rolls to his side, wrapping his arm around my waist. “Talk to me.”

“You’re safe with me.” His fingers slide under the hem of my tank top to lightly brush bare skin. “I won’t let anything happen to you.”

I don’t have the words to articulate it. Even if I could, I’m not sure it’d make sense.
“What can I do?” he asks, trying to understand.

Ethan needs a problem he can fix. Something with bolts and buttons. Something he can take apart, reassemble, or knock with a hammer. People aren’t as easy.

Instead, I kiss him. My lips against his, it isn’t a solution, but it makes me feel better. Wrapped in blankets, secluded in darkness, he overwhelms my senses. The taste of mint on his tongue, the clean, rich scent of his skin—they drive all other thoughts from my mind. I feel only his mouth, his tongue teasing mine, and his heart beating under my palm.

“Avery,” he hums against my lips. “Wait a minute.”

My fingers comb into his hair, tugging. I don’t want him to speak. To let words break the illusion. I just want him, everywhere, all at once and nothing else.

Hand caressing the side of my face, he runs his thumb under my bottom lip until I settle.

“I mean it. Whenever you’re scared or hurting, I want you to feel safe with me. I want to be the person you talk to, not the one you hide from. Anything at all, or nothing, whatever it is that gets inside your head and makes you want to run, give it to me. I’ll take it away. I’ll bury it in the ground, and never let it hurt you again. I promise, Avery, with all my heart. You never have to be afraid of anything when you’re with me.”
The darkness turns liquid and my chest clenches.

“Why do you say things like that?” I barely whisper.

“Because they’re true. And because I love you.” 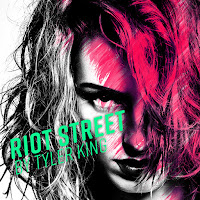 Tyler King was born and raised in Orlando, Florida and graduated from the University of Central Florida with a degree in Creative Writing. As a journalist, her work has appeared in Orlando magazine and Orlando Business Journal, among other publications. She is a proud army spouse currently living in Virginia with her husband. 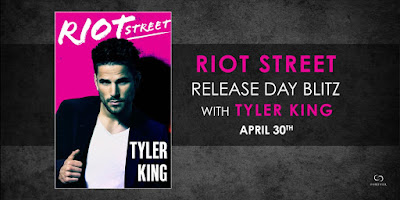