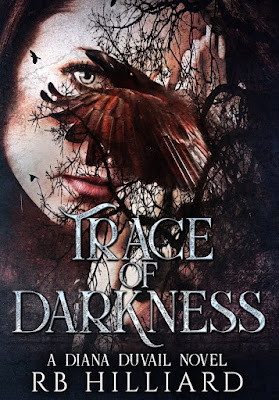 Trace of Darkness
(Diana Duvail #1)
by RB Hilliard
Date Released: 29 September 2021
About Trace of Darkness
She’s not who they think she is. . .
Diana Duvail is an officer with the Charleston Police Department. Her reputation as a hard-working, by the book, team player is well known. But Diana’s got a secret.
While on patrol, the unimaginable happens; her secret is revealed, and she finds herself reassigned to the paranormal unit. Little does she know, but her world is about to be turned upside down.
When bodies start showing up all over the city, Diana is forced to liaise with the Southern Vampire Organization. Zacharias Wylde is a powerful, sexy Vampire Lord who not only shakes her existence but shows her a new and exciting reality.
Can Zack help Diana figure out what’s turned Charleston into a hunting ground, or is Diana destined to become one of the hunted? 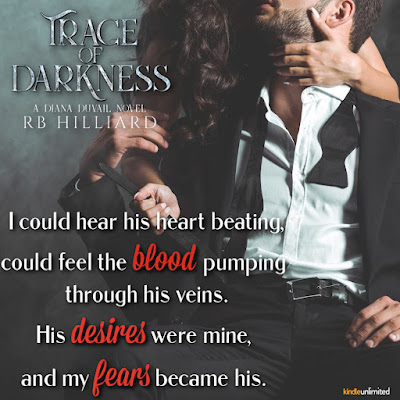 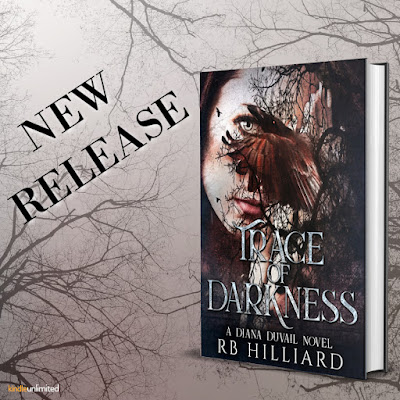 About RB Hilliard
RB Hilliard lives in Charlotte, North Carolina with her husband, two teenagers, and crazy dog, Oscar. She loves music, a good book, red wine, chocolate, and to write twistedly suspenseful stories. Alpha men, rock stars, and sexy bikers are among her favorites, but don’t worry, if suspense isn’t your bag, she also writes funny tales about exceptionally hot men who are in desperate need of taming. In 2014, Hilliard published her first novel. She has since published multiple novels across several genres.
Connect with RB Hilliard
Facebook | Twitter | Instagram | Goodreads | BookBub | Amazon | Newsletter