Review: Still Us by Lindsay Detwiler 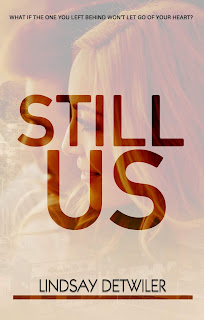 Still Us is a different kind of love story, one that starts things off with the break-up of the main characters, Luke Bowman and Lila Monroe, after three years of being together. She saw their relationship heading in one direction but he wasn't quite as prepared to go down that road with her. With differing ideas as to what the next step was for them, they simply chose to end it all. Love isn't the problem for either one of them because there was no denying that they were still very much in love with one another. But staying together without any real idea as to how to move forward was a stumbling block neither one could hurdle. So they went their separate ways, struggling to lead separate lives. But could the separate roads they're on know intersect once again and ultimately lead them back to each other?

I'm a bit on the fence with this particular book. I liked the idea behind it--two people who were and still are in love splitting up because one wanted what's often thought of as the next logical step (i.e. Lila) and the other believing that marriage ultimately leads to nothing more than heartache (i.e. Luke). But I must confess that so much of the story was them all sad and mopey about the split and then dating and being in actual relationships with other people that I couldn't help but wonder what the point was. Yes, the title of the book basically clues you in as to what the ending for the will be, and we do get to see how they were in the early part of their relationship when everything was hunky-dory. But I was looking for them working their way back to one another, not them suddenly landing back in each other's lives. Still Us wasn't bad; it just wasn't as satisfying and well-executed as I hoped it would be. Three stars. ♥