Review: The Roots of Us by Candace Knoebel 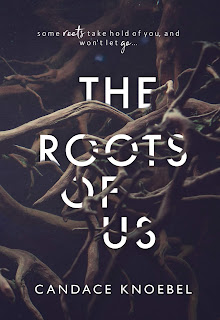 The Roots of Us is a contemporary standalone romance written by Candace Knoebel, and it's my second read from the author. The book follows the love story of Hartley Fernsby and Hudson Jameson who meet during the summer of 2015 in Hudson's home state of Florida. She's a film editor who's flighty, not one to stay in a particular place for too long. She goes where the next job takes her and her heart remains her own, choosing not to become attached to any one man. When she witnesses Hudson rescuing a young girl drowning while at the beach, she's immediately drawn to him. He's quiet and reserved, almost as if he's afraid to make any sort of connection with anyone, especially, it seems, with someone like Hartley. And yet the two do connect, no longer able to deny the chemistry thrumming between them. They promise not to do the things that they used to in former relationships, but when a job is set to take Hartley far away, she breaks her promise and runs. It takes a couple of years for their paths to cross again, but now, they've become impossibly ensnared by hurt and doubt.

I love Knoebel's The Taste of Her Words, and the quality of her writing is obviously as consistent as ever with this new novel of hers. Hartley and Hudson's story is basically in two parts: before and after their separation. Hudson was strong and silent but also seemingly broken in places that aren't easily healed. He was truly the very best part of this entire book, with me wanting to get to know who he was beneath that gruff and grumpy demeanor of his that had only the very few brave ones risk getting close. With Hartley, it was more of a hit and miss. I admired her independence and drive to pursue her dreams. But then there were undeniably moments that I felt disconnected from her as a main character. Maybe it was how she handled things with Hudson more than once. There were a few supporting characters who definitely caught my attention, namely James Taiga (who made me want to smack him once one tidbit about him was revealed), Lucas, Martha, and Hartley's mother. While The Roots of Us wasn't at par with The Taste of Her Words, it was still a lovely four-starred read. ♥

Purchase The Roots of Us on Amazon.