Blog Tour: How to Forget a Duke by Vivienne Lorret 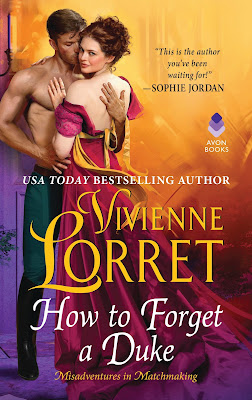 How to Forget a Duke
(Misadventures in Matchmaking #1)
by Vivienne Lorret
Release Date: May 29, 2018
Avon Books

About How to Forget a Duke
The Bourne Matrimonial Agency has one rule: Never fall in love with the client. A simple thing to remember… unless you’re a matchmaker with amnesia.

The Duke of Rydstrom requires a wife. Preferably one with a large fortune and a complete lack of curiosity. The last thing he needs is a meddling matchmaker determined to dig up his dark family secrets.

All Jacinda wants is to find a bride for a duke. How hard could that be? He’s handsome, enigmatic… and hiding something. She’s sure of it. Determined to discover what it is, she travels to his crumbling cliffside estate. Yet, by the time she washes up on his beach, she can no longer remember who she is, or why the duke is so familiar to her. All she knows is that his kisses are unforgettable—and she intends to use every skill she can to discover what’s in his heart . . .

When Miss Bourne can’t remember what brought her to his ancestral home, Rydstrom intends to keep it that way. Yet as the days pass, his true challenge will be safeguarding his secret while resisting this woman who—confound it all—may well be his perfect match. 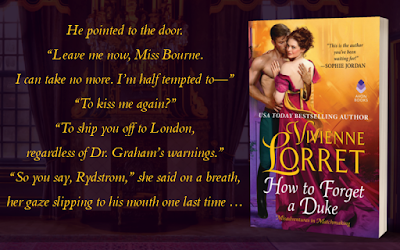 Add How to Forget a Duke on Goodreads. 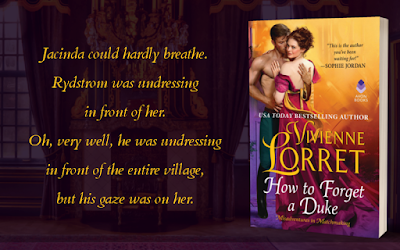 An Excerpt from How to Forget a Duke
“Things should be kept where they belong.” Like matchmakers who lived in London and dukes who did not.

If things began to stray, there was chaos.

“At opposite ends? Yet, by your own words, these pillows”—she reached down and snatched it again—“and the iron horses are mated. Why not allow them to be side by side like your peas?”

“An object’s design is not to be consumed but admired. Those are bookends, one at either end. You would not have your ears on one side of your head, crowded together, would you?” He added this, hoping to quiet her.

This time it did not work.

“You are rather obsessed with my ears.” From her quadrant, she tilted her head to study him. “See? I do use them to listen. On occasion. You even said they were pretty. Do you really think so, or were you trying to unsettle me?”

Suddenly his mind was back in the corridor again, hands gripping, bodies flush, sheer panic transforming into a reckless desire.

He glanced down at the silver pillow. Only now he realized that it matched the hue of the counterpane on his bed. Then, he was helpless to notice the way she gripped it, the tips of her modestly manicured fingernails pressing into the silk.

An unrepentant surge of arousal tore through him. “Miss Bourne, would you return the pillow to its proper place, take your gloves, and then leave my study?”

In response, those lips curled again.

His palms began to itch, craving the delicate abrasion of cream-colored muslin, and the softness of the flesh beneath.

“You just looked down at my lips again.” She tsked. “A clear indication that you have, in fact, kissed me.”

She shook her head, adamant. “It’s too late. Your denial is invalid.”

“Well, I am denying it because that, Miss Bourne, is the truth.”

She would not let it rest. He had not even concluded a week of his fortnight prison sentence with her and he was ankle deep in a swirling chasm of madness.

“By all that’s holy! I can take no more. You refuse to give me a moment’s peace until your curiosity is satisfied. Then so be it.”

He crossed the empty path between the rugs—the first step on the hardwood echoing like the twelfth strike of a clock tower, the second muffled by the woven wool.

Crispin took her by the shoulders and lowered his mouth. 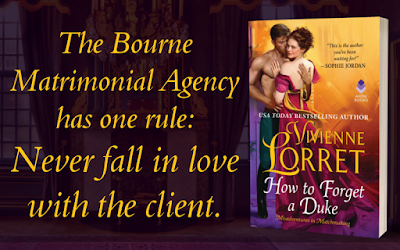 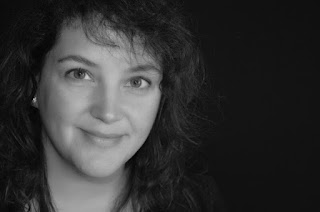 USA Today bestselling author Vivienne Lorret transforms copious amounts of tea into words. She is an Avon author of works including: the Wallflower Wedding series, the Rakes of Fallow Hall series, the Season’s Original series, and the Misadventures in Matchmaking series. For more information on her books, sign up for her newsletter at www.vivlorret.net.