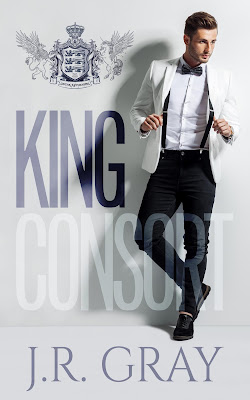 About King Consort
Avoiding sleeping with women was my specialty, an art form even. As the future King of England I couldn’t be caught sleeping with men. My whole life played out in front of the papa-razzi, and they didn’t miss a thing.

I had a carefully crafted womanizing persona to maintain. My life came with rules, all of which I broke when I couldn’t resist a one night stand with the enemy: A beautiful paparazzo with a heart of gold. He may be the only person who doesn’t want me for my title, and he can never be anything more than my secret.

But secrets have a way of coming out and not only will they scare him away, but they’ll lose me the crown.

An Excerpt from King Consort
“Don’t move,” he said in a whisper.

“I want these for me. I’ll sign whatever you want so you know I’ll keep them to myself, but I get a different you. One only I see, and I want it on film.”

It was the most romantic thing someone had ever said to me.

“I want to be able to look at them and remember this. You.”

“Sure.” He brushed his fingers over the small of my back, sending a spark up my spine. “Now stand still.”

I indulged him and stayed in place. He unzipped the bag and slid out his DSLR. He changed something and then held it up to his face and clicked the shutter. Taking a look at the screen, he moved ever so slightly to the left and held it to his face again.

I did as I was told. He came close and moved my arm with the drink a fraction and placed my other arm over the back of the sofa.

He set the camera aside and took a seat on the edge of the chair next to me.

“Done with my repayment so soon?”

There was a light in his eyes. “Not a chance.” He looked me over, his eye stopping on the top two buttons of my shirt which remained undone. “But you’ll want that photo. To release for something. You look too alluring and regal to not have it. It was more for you than for me.”

He picked up the camera again and leaned closer to me to show me the screen. I looked like something out of a novel. Mysterious and alluring. I liked it. And I didn’t like many photos of myself.

He sat back, keeping the camera in his lap. “How much liberty are you giving me?”

I mirrored him and looked him over, taking my time with my answer. “Why are you asking?”

Lust crossed through his gaze. “Take off the shirt.”

I obliged him, slowly working my fingers down the buttons. I slid it off and set it aside. He looked me over, hungry. My cock stirred at the look. I’d never felt so desired by another person. He slid forward on the seat and brought the camera back to his face. I stayed as I was until he told me to move.

“Sit on the edge of the table,” he said breathless.

I was glad this was getting to him as much as it was me. It was entirely foreign to give some-one such a thing over me. To allow someone to take these photos. It was daring and exhilarating. I’d have to be careful or I’d get addicted to the acting out like some bored teenager.

I sat on the edge of the table closest to the fire, and he moved back to take a few shots. I looked up when he hadn’t said anything in a few moments to find him just watching me. The fire illuminated his scar, and I wanted to kiss the length of it, from his brow to his lips. I licked my lip and my chest rose as I inhaled fully, trying to calm myself. He snapped another photo.

“What do you see?” I asked, unable to stand wondering a moment longer. I wanted to know how he saw me.

“I see hunger,” he said as he came closer. “The way you look at me.” The camera hung at his side as he stalked closer. 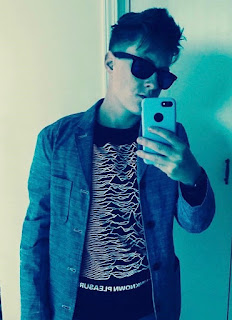 When not staying up all night writing, J.R. Gray can be found at the gym where it's half assumed he is a permanent resident to fulfill his self-inflicted masochism. A dominant and a pilot, Gray finds it hard to be in the passenger seat of any car. He frequently interrupts real life, including normal sleep patterns and conversations, to jot down notes or plot bunnies. Commas are the bane of his existence even though it's been fully acknowledged they are necessary, they continue to baffle and bewilder. If Gray wasn't writing…well, that's not possible. The buildup of untold stories would haunt Gray into an early grave, insanity, or both. The idea of haunting has always appealed to him. 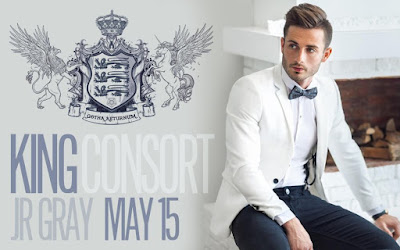