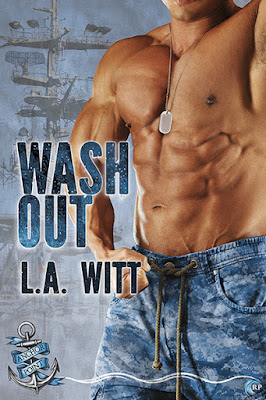 About Wash Out
Casey Olson has always known he was destined to be a Navy SEAL, and the best day of his life was when he was accepted into training. The worst day was when a snapping bone ended his dream.

After three combat tours in five years, Logan Carter left the Marines and self-destructed. Now he’s sober and, thanks to a forgiving ex with friends in high places, has a promising job as a civilian contractor. All he has to do is stay on the rails and out of a bottle, even when his demons won’t leave him alone.

Logan likes his job, and he really likes the gorgeous man at the next desk. Casey tries not to check Logan out, but who is he kidding? From the start, despite their best efforts, neither man can resist the other. Sizzling chemistry leads to sex so hot they can both almost forget why they’re stuck in this office to begin with.

It would be perfect, except Logan can’t stop reliving wars he’ll never forget and Casey can’t stop grieving the SEAL he’ll never be. And they’ll never have a future together until they can make peace with their pasts.

Read my 3.5-starred review of Wash Out.

Add Wash Out on Goodreads.

An Excerpt from Wash Out
Logan

A phone rang, and Diego gave me a hold on gesture before disappearing into his cubicle.

Casey turned to me. He propped up his leg and leaned back in his chair. Lacing his hands behind his head, he asked, “So you’re an ex-Marine?”

I tried not to act surprised. Apparently, they’d been briefed about me. “No such thing as an ex-Marine. Semper Fi.”

He chuckled, but didn’t really seem to feel it. “How long were you in?”

“Eight years. I’ve been discharged for almost seven, though.”

His eyebrows rose. “Yeah? You’re probably making bank as a contractor, then.”

I tried not to shift uncomfortably. “This is my first contract, actually.”

“What were you doing before?”

Slowly and steadily self-destructing. “Nothing I want to keep doing.”

He gave a little grunt of what must’ve been approval. “Well, it’s not a bad gig. I’m only here until this”—he knocked on the hard cast—“finally fucking heals.”

“How long will that be?”

“Too long,” he grumbled. “Docs say the cast will be off soon, but it’ll be at least three or four months after that before I can run. Assuming I don’t need more surgery.”

“Yeah, careful working in this office, Logan.” Diego stepped out of his cube, thumbing through a stack of papers as he spoke. “It’s the office of cursed legs.”

“Pfft.” Casey rolled his eyes. “We all had fucked-up legs before we got here.”

“We did,” Diego corrected. “What about Sarah?”

Casey’s eyes flicked toward the empty desk. “Okay. Fair. But still, that’s only one person who got hurt after they started in this place.”

“Exactly. Three people in an office of four have shit legs.” Diego glanced at me. “Careful with yours, my friend.”

“I’ll be right back,” Diego told me. “I need to talk to the XO, and then I’ll walk you through the safety program. That’s what you’ll be teaching first.”

I nodded, and as Diego headed out, I noticed for the first time he had a subtle limp. “Cursed legs, huh?” I turned to Casey. “What’d you do to yours?”

Casey’s mood immediately darkened. He dropped his gaze for a second, but then shook himself and cleared his throat. “Got hurt at BUD/S.”

“Yep,” he said bitterly. “Hey, I’m in good company, right? Isn’t it like ninety-seven percent of BUD/S recruits that wash out?”

I wasn’t sure what to say to that. It was common knowledge that all the special forces training programs, especially the SEALs, lost most of their recruits. I’d met a few washouts, and never quite knew what to say to them. If they’d busted their asses that hard to get in and didn’t make it through to the end—that shit stung.

And it was an injury that had killed Casey’s shot at a trident. He might very well have had the mental and physical wherewithal to be a SEAL. But whatever had happened to his leg . . .

“But hey, at least no one’s shooting at you in here, right?”

Silence fell. After a moment, he turned back to his desk. I chewed my lip, really at a loss for what to say, especially since I didn’t know him at all. I held back a comment about how he’d dodged a bullet. Quite possibly a literal one. People didn’t join the military to avoid getting shot at. Finding out you weren’t going into the heart of a war zone was comforting to the side of you that wanted to survive, but it didn’t do good things to the part that was trained to fight.

Someone like him who was driven enough to become a SEAL was never going to be happy anywhere but the front lines. Someone like me who’d been to the front lines would never be able to explain that it was a circle of hell we wouldn’t wish on anyone.

Not even the ones who wanted to be there. 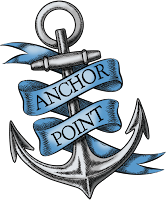 Giveaway
To celebrate the release of Wash Out, L.A. is giving away reader’s choice of two eBooks off of her backlist (excludes Wash Out)! Leave a comment with your contact info to enter the contest. Entries close at midnight, Eastern time, on May 26, 2018. Contest is NOT restricted to U.S. entries. Thanks for following along, and don’t forget to leave your contact info!