Release Blitz: A Tiny Piece of Something Greater by Jude Sierra 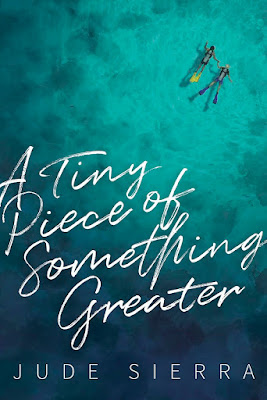 A Tiny Piece of Something Greater
by Jude Sierra
Release Date: May 17, 2018
Interlude Press

About A Tiny Piece of Something Greater
Reid Watsford has a lot of secrets and a past he can’t quite escape. While staying at his grandmother’s condo in Key Largo, he signs up for introductory dive classes, where he meets Joaquim Oliveira, a Brazilian dive instructor with wanderlust. Driven by an instant, magnetic pull, what could have been just a hookup quickly deepens. As their relationship evolves, they must learn to navigate the challenges of Reid’s mental illness—on their own and with each other.

Some readers may find some of the scenes in this book difficult to read. We have compiled a list of content warnings, which you can access at interludepress.com/content-warnings.

Add A Tiny Piece of Something Greater on Goodreads.

An Excerpt from A Tiny Piece of Something Greater
“Reid!” Joaquim stands a few steps down, not wanting to have to go all the way to the beach only to climb back up.

By the time Reid’s all the way up, he’s slightly out of breath but smiling. “I am ready for my surprise. You didn’t install a sex swing in my grandma’s condo, did you? I’d have a hard time explaining that away.”

“No, you pervert.” Joaquim takes Reid’s hand. The sun is setting, leaving a lovely glow at their backs and a slightly dimmed living room. It lends the perfect ambiance. He covers Reid’s eyes.

Joaquim glances behind himself as he walks backward while leading Reid in.

“Okay, we’re going to die like this,” he mutters. “Close your eyes.” He comes around Reid, covers his eyes with his palms, and then leads him forward. “Sit,” he whispers once they’re in the middle of the living room.

“On a chair?” Reid waves a hand around blindly.

Joaquim kneels and helps Reid onto the floor. Once they’re down, he presses himself against Reid’s back and whispers into his ear, “Now.”

“J…” Reid says. All around them are small white candles in glass jars. Joaquim bought out the store with his measly savings. More than a hundred candles are on the table to their right, on the shelves by the TV, and surrounding the carefully laid, soft plaid blanket beneath them. Their light butters the hush of sunset through the glass doors at their backs. Strewn everywhere are rose petals and shells. Joaquim painstakingly removed the petals from the flowers, trying not to bruise or tear them; his fingers bear pinpricks from their thorns. At Shell World, he endured Delia’s teasing after exacting a promise not to say anything to Reid about what he was planning. The stillness of Reid’s body, though, speaks of the worth of the time spent.

“No one has ever—” Reid breaks off, his voice is thick and unsteady. He turns his face to tuck it into Joaquim’s neck. “How did you know?”

“That you’re a hopeless romantic even though you try to hide it?”

“Because you’re terrible at hiding it,” Joaquim says. He holds Reid’s hand in tender counterpoint to the light amusement in his voice.

“Fuck. I guess my cover is blown.” His eyes, bright with tears, don’t shy from Joaquim’s.

“I hope,” Joaquim says, and touches Reid’s cheek, “that you know you don’t need a cover with me.”

Reid smiles, but looks away. Too much? Joaquim isn’t pressuring. He’s offering. He’s laying something bare. 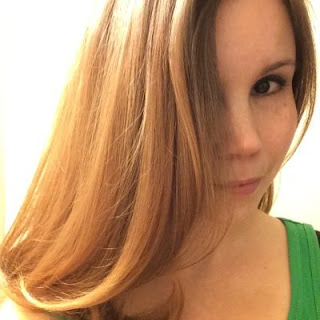 Jude Sierra is a Latinx poet, author, academic, and mother working toward her PhD in Writing and Rhetoric, looking at the intersections of Queer, Feminist, and Pop Culture Studies. She also works as an LGBTQAI+ book reviewer for From Top to Bottom Reviews. Her novels include Hush, What It Takes, and Idlewild, a contemporary LGBT romance set in Detroit’s renaissance, which was named a Best Book of 2016 by Kirkus Reviews.