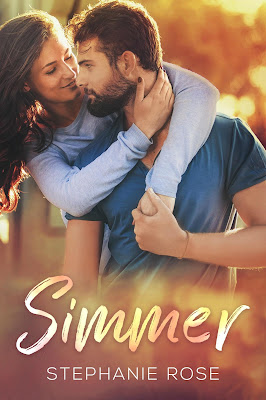 About Simmer
Simmer (verb): to stew gently below or just at the boiling point; to be in a state of incipient development

My life was always at a simmer… only stewing, never going anywhere. I was left to fend for myself when it came to affection or love, so I learned to go without.

I refused to let them see how broken and lonely I was; it was much easier to hide behind a false reality. I didn't want anyone's pity. I didn't need it. Pity wouldn't put food on the table or keep a roof over our heads. That was all me.

Now, I have a second chance at a dream long forgotten. It demands hard work and sacrifice—with absolutely no distractions. A recipe I already know all too well, raising a daughter on my own.

Drew Kostas is everything I’ve ever wanted but couldn't let myself have. He’s younger, gorgeous, charming—and relentless. He sees beyond the hardened shell I’ve built to protect myself, coaxing out a softer me I don't recognize.

It doesn't matter how I melt in his presence when the heat between us threatens to boil over.

That's the thing about heat. When it rises, everyone gets burned.

Especially when they're foolish enough to fall in love. 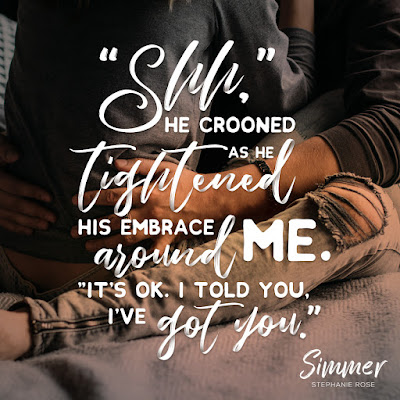 Read my five-plus-starred review of Simmer.

Get a sneak peek of Simmer.
You can find more excerpts from Simmer on Book+Main.
Just go Stephanie Rose's page and search for #SimmerExclusive. 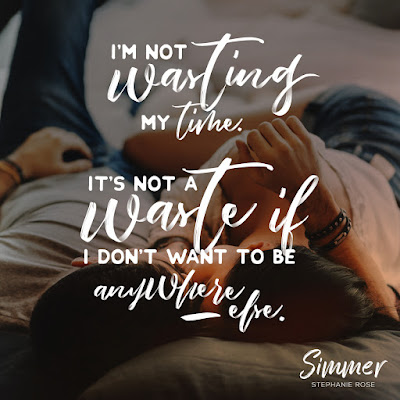 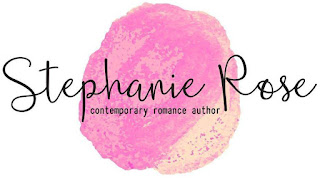 Stephanie Rose grew up loving words and making up stories. Being able to share them with readers is her dream come true. This lifelong Bronx girl loves Starbucks, wine, and 80s rock. Her voice often gets mistaken for a Mob Wives trailer.

She married her prom date and has a LEGO obsessed son. She believes there is nothing sexier than a good guy who loves with all his heart and has made it her mission to bring as many as she can to the page.