Release Blitz: Welcome to the Cameo Hotel by K.I. Lynn 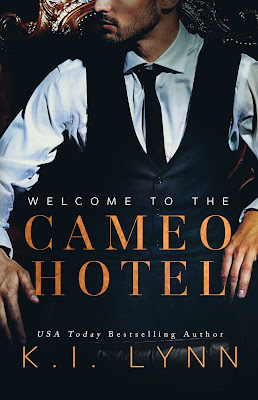 About Welcome to the Cameo Hotel
My life was on track.

The plan?
- Finish my MBA
- Get out of the hotel
- Finally date James, my manager

With only three months left, everything was set.

Then he walked in.

What I thought was just a difficult guest toppled my life in ways I didn’t plan for. He was an asshole, demanding, and more alluring than should be legal.

I had a path.
He destroyed it.
What now? 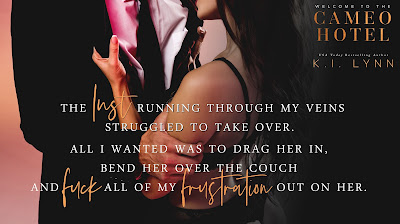 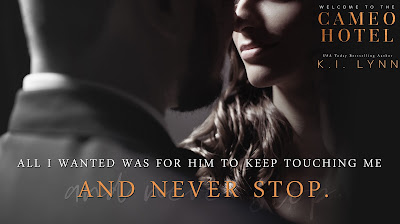 K.I. Lynn is the USA Today bestselling author from the Bend anthology and the Amazon bestselling series, Breach. She spent her life in the arts, everything from music to painting and ceramics, then to writing. Characters have always run around in her head, acting out their stories, but it wasn’t until later in life she would put them to pen. It would turn out to be the one thing she was really passionate about.