Release Blitz: Slashes in the Snow by M. Never 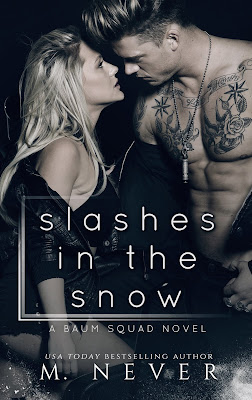 About Slashes in the Snow
Ky
Three years ago my father walked away. Away from our MC club, all his responsibilities, and me. We haven’t spoken since the day he handed me the keys to the kingdom.
Shoved them down my throat was more like it.
I hate him, and the new family he’s playing house with. He left his entire life behind for a woman he barely knows. But I’m strong, resilient, and don’t need a damn soul to survive.
At least, that’s what I thought...until she walked into my bar.

Kira
Someone is watching me. I can feel it. I wake up in the middle of the night freaked out of my mind, paranoid a stranger is there. My skin prickles every time I leave my house, because I know someone is following me.
I’m afraid. Alone. And there’s only one person left to turn to.
The stepbrother I never met. The man my stepfather speaks so highly about, but never sees. He’s the president of a notorious motorcycle club, and exactly the kind of person I need to protect me.
Little did I know, Ky Parish freakin’ hates my guts.

Slashes in the Snow is a romantic suspense (emphasis on romance) with dark elements. Reader discretion is advised. 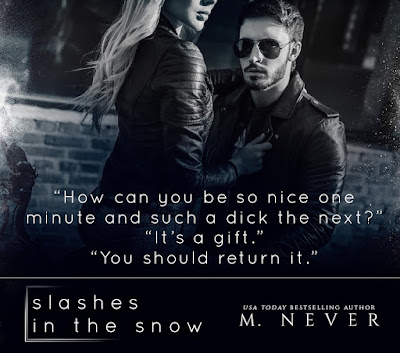 Read my five-starred review of Slashes in the Snow.

Add Slashes in the Snow on Goodreads. 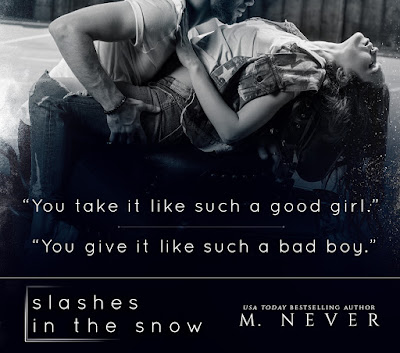 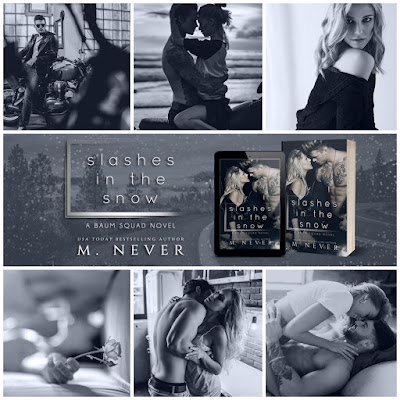