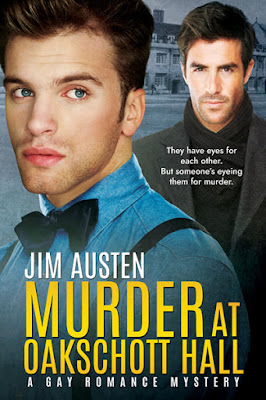 In the Junior students’ dormitory at Oakschott Hall, a heavy gaslight falls from the ceiling, crushing the head of a student sleeping beneath it. Was it simply a tragic accident? To avoid publicity, the Headmaster asks Colin Revell, a young Oxford University graduate and former Oakschott student, to quietly investigate.

But when another student dies—diving at night into an empty swimming pool—murder is suspected. Students and faculty all come under suspicion, and rumors proliferate when Scotland Yard intervenes. Meanwhile, during all this confusion and wild theories, the murderer sees Colin and Max as threats. Unbeknownst to the two lovers, their lives are now in danger. 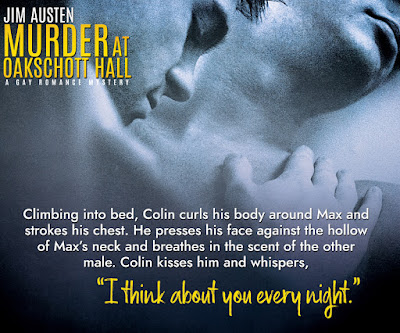 Read my 4.5-starred review of Murder at Oakschott Hall. 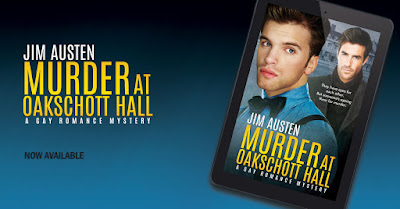 About Jim Austen
Born in 1984, Jim Austen grew up in Murphy, Texas. He graduated from the University of Texas-Austin with a degree in communications and journalism. He works as a news producer for a station in Rhode Island.

Jim lives south of Boston with his wife and two children. A bisexual husband, he ‘came out’ to his wife 10 years ago after the birth of their second child. “My marriage and my gay life,” he says, “have each given me moments of great joy. However, it is a myth to believe a bisexual husband has the best of both worlds.”

Murder at Oakschott Hall is his first M/M romance novel. Jim is currently working on a novel about a bisexual married man called The Unfinished Husband.