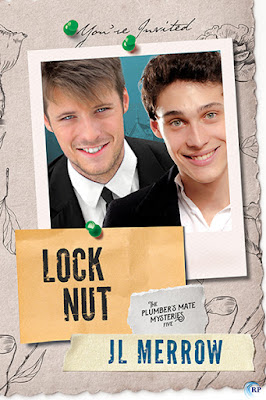 Tom Paretski, plumber with a talent for finding hidden things, and his private investigator fiancé Phil Morrison have been hired to locate a runaway husband, Jonathan Parrot. The job seems simple enough—until their quarry turns up dead in a canal, and a photofit of Tom’s face is splashed all over the news, making him chief suspect.

The widow, petite ex–porn star Lilah Lovett, is convinced her husband was killed by his gay lover, but Tom and Phil aren’t so sure. Worried they may have precipitated Jonathan’s death, they’re determined to find the real killer. But with a web of incestuous ties linking the suspects, it’s hard to know who to trust. Especially when a second victim dies a gruesome death.

Meanwhile, with their wedding looming and them sharing a house now, Tom’s worried it may all be too much, too fast. The last thing he needs are the mixed messages Phil seems to be sending out. They’ll need to get back on the same track if they want to make it to their honeymoon together—and alive.

An Excerpt from Lock Nut
I had, actually, got a dowsing pendant, although not by choice. Cherry gave it to me, probably as an attempt to make up for years of lack of support of my thing, as she put it. It was a couple of inches tall and made up of slices of crystal in rainbow colours—allegedly to represent the chakras, but if you ask me, it was just her trying to kill two birds with one lump of brightly coloured stone when it came to gestures of sisterly solidarity.

Me and Phil had mostly been using it to play with the cats, not that they were any more impressed with its mystical properties than I’d been. When Phil brought it over, I noticed the purple stripe—amethyst, I think—had faded a bit. If I’d believed in all the chakra stuff, I might have been worried, but luckily I’d had the foresight to preserve my ignorance on matters spiritual.

Lilah pulled out a much-folded A4 sheet, clearly a computer printout, which had on it a sketchy map of the sprawling markets of Camden Town from some tourist website, and smoothed it flat on the coffee table. “Does it matter if it ain’t to scale?” She sounded anxious.

Like she actually believed this ought to work, God help her.

I flashed Phil a dirty look as he handed me my pendant. If he was expecting me to put on a show and fake a communication with the spirit world, he was going to be in for a disappointment. I don’t like deceiving people.

Still, there was always the off-chance this might be the one-in-a-million time my thing would decide to play along, so I angled my dangle, tried to clear my mind, and listened.

I got some strong vibes straightaway—but they were coming from that sealed envelope of Lilah’s. Big surprise there. I did the psychic equivalent of shoving my fingers in my ears, and turned to Phil. “Can you shift that? It’s interfering.” I nodded to the offending article.

Lilah leaned forward, her mouth slightly open and her eyes dark and gleaming. “Does that mean it’s working?”

That’s my Phil for you. You ask him to shift something, he shifts it. Right. Time to get on with the dog and pony show. I held the pendant over the centre of the map, which was trying to fold itself up again already. Great. Even printer paper knew this was a load of bollocks.

I listened some more, conscious of Phil tiptoeing back into the room. Well, not literally, but there was a definite air of trying not to break my concentration, assuming I had any to start with. Phil always reckoned I was sabotaging myself by not believing, like I subconsciously talked myself into half-arsing it, but this time I gave it my best shot. I focussed on the pics of Jonny-boy, still spread out next to the map, and tried to really feel it—guilty ran-out-on-the-missus vibes and all.

Out of the corner of my eye, I saw Merlin’s ears prick up. Maybe I should ask him to have a go.

How long were they expecting me to keep on with the show? I shot Phil a worried glance, hoping he could somehow convey to me, maybe by eyebrow twitches, whether I should just pretend to find something.

And I’d probably better do it soon. Merlin, the little sod, had hunched down in his best imma-stalk-you-now posture, pupils blown and tail aquiver, clearly under the impression this was all a game and he was about to run off with the prize.

Phil coughed and broke the silence, thank God. “Have you got anything that belongs to him? Sometimes personal possessions can help Tom get a reading.”

In the nick of time, I bunged the pendant in my pocket. Merlin expressed his feelings with his usual eloquence by settling down to lick his bum in my direction.

“I’ll tell you what, then,” I said. “Why don’t we make another appointment, and you can bring something of his along then?”

She nodded earnestly. “What do you want me to bring?”

“Uh, clothes or jewellery are usually best. Personal stuff. Worn next to the skin if possible.” This part was actually true, although don’t ask me why.

“Got it. No problem.” She got down from her seat and stretched out a hand to me. “I’ll be in touch.”

Just as she and Darren were about to go, I thought of something else. “Mind if I ask another question, love? Uh, it’s not strictly related . . .”

“Ask away. Long as it’ll bring my Jonny back.”

“Uh . . . those papery flowers in your wedding pics, what are they?”

“Yeah? I never knew you could get them in red. Ta.”

She gave me a funny look and left, taking Darren with her.

About the Plumber's Mate Mysteries 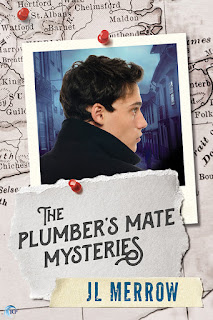 A plumber with a hidden talent and an ex–school bully who’s trying to atone for his past. This unlikely crime-solving duo could be the worst thing that’s ever happened to the murderers of rural Hertfordshire, England.

All his life, cheeky plumber Tom Paretski’s had a sixth sense for finding hidden things. Mostly it’s brought him nothing but grief, but ever since tall, blond, and broody Phil Morrison stomped back into his life, Tom’s been using his psychic talents to track down killers. He’s shocked to find himself falling for the man he used to hate.

Phil’s an ex-cop turned private investigator who can’t forgive himself for the pain he caused Tom in their shared schooldays—especially his part in an accident which left Tom with a lasting limp. Finally able to face up to his feelings for Tom, Phil’s determined to make amends. Just as long as the murderers who won’t stop crossing their path don’t rob him of the chance to do so for good.

The path of their investigations may not run any smoother than their love life, but with the help (and hindrance) of a motley crew of friends and family—including the world’s campest campanologist and his ex–porn star lover—with any luck Tom and Phil will continue to get their man.

Publisher's note: Each book in this series stands alone as a murder mystery, but the series as a whole follows Tom and Phil’s romantic journey from enemies to lovers, and beyond. It’s recommended, but not essential, to read the books in order.

A Note from JL Merrow
Hi, I’m JL Merrow, and I’m delighted to be here today as part of the blog tour to celebrate the release of Lock Nut, the fifth of my MM mysteries in the Plumber’s Mate Mysteries series. In Lock Nut, a simple hunt for a missing husband turns into a chase after a murderer when a body turns up in a local canal—and slightly psychic plumber Tom Paretski ends up with his face on TV as the prime suspect! Meanwhile, wedding bells are ringing all over the place… 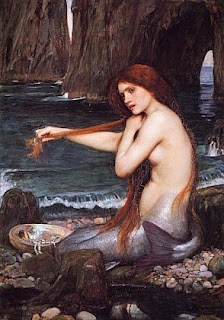 She writes (mostly) contemporary gay romance and mysteries, and is frequently accused of humour. Two of her novels have won Rainbow Awards for Romantic Comedy (Slam!, 2013 and Spun!, 2017) and several of her books have been EPIC Awards finalists, including Muscling Through, Relief Valve (the Plumber’s Mate Mysteries), and To Love a Traitor.

Giveaway
To celebrate the release of Lock Nut, JL is giving away a $10 Amazon gift card! Leave a comment with your contact info to enter the contest. Entries close at midnight, Eastern time, on May 19, 2018. Contest is NOT restricted to U.S. entries. Thanks for following along, and don’t forget to leave your contact info!