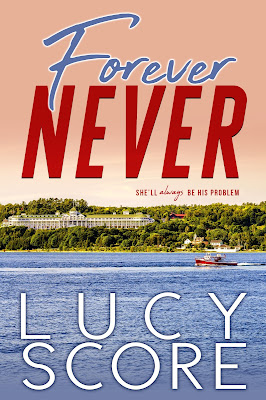 Forever Never
by Lucy Score
Release Date: March 4, 2021
About Forever Never
You don’t fall for your brother’s high school sweetheart, your boss’s daughter, or your ex-wife’s best friend. Especially when they’re all the same woman.
Under Brick Callan’s mile-wide chest beats a loyal heart with a few cracks in it. He’s the steadfast, overprotective type. Especially when it comes to the one woman he can never have. It’s a long, complicated history punctuated by fights, friendship, family, and an attraction that strains his iron willpower.
When Remi Ford returns to Mackinac Island in the dead of winter with a secret, Brick makes it his mission to find out what put the shadows in those green eyes. Even if it means breaking down the walls he’s built between them. Even if it means falling for the one girl he’ll never get over.
The free-spirited artist just needs to lay low for a few weeks so she can figure a way out of this nightmare. She’s definitely not staying. Not when the man who broke her teenage heart into splinters keeps showing up at her parents’ dinner table. Remi doesn’t need broody, bearded Brick riding to her rescue…again. Not when it will put them both in danger, costing them much more than their hearts.
Author’s Note: Frenemies-to-lovers. Opposites attract. Slow burn. Girl in danger. Glorious, glorious banter. Fighting as foreplay. Small-town shenanigans. Big, grumpy, pining, overprotective hero. Wild-child, trouble-finding heroine who keeps on pushing the hero’s buttons. Steam Level: Lava. Suspense: Nail-biting. Feels: Big time. 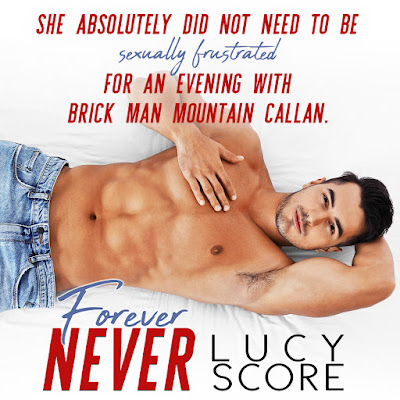 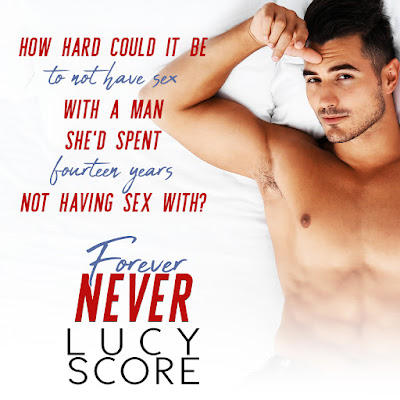 An Excerpt from Forever Never
“Get out of the pool, Remington.”
“Holy Missy Elliott,” she shrieked, falling off the raft. The warm water closed over her head, sobering her up enough to realize she’d been busted.
After three more glasses of champagne and some cheap bourbon, Remi had been ready to find just a little bit of trouble. She’d danced with three strangers. Not a single one of them made her feel an ounce of the electricity she did when Brick’s stupid pinky finger brushed hers. With Audrey sound asleep in Spencer’s lap on a porch swing and the wedding party doing drunk karaoke, Remi had decided to sneak off and find some peace and quiet.
The heated pool on the lawn of the Grand Hotel seemed like the perfect spot. So she’d stripped out of her dress and jumped in.
When she surfaced, a towel hit her in the face.
“Get out of the pool.”
He stood at the edge of the pool in his uniform and a Mackinac PD sweatshirt.
“Why don’t you come on in here and make me?” she suggested sweetly, backstroking to the middle of the pool.
“If I have to come in there after you, I’m arresting you.”
“For what?” she scoffed.
“Underage drinking and public nudity.”
“They’re just breasts, Brick.”
With a growl, he sat down on one of the loungers and pulled off his shoes and socks.
Remi snickered, feeling confident she had the upper hand. There was no way he was getting in this pool. He’d have to haul her mostly naked body out, and they both knew he didn’t have the stomach for that. She’d just wait him out.
He dropped his tactical belt on the lounger and pulled his sweatshirt over his head.
She was starting to feel a little nervous and a lot sober.
He was unbuttoning his uniform shirt now. “Don’t you dare, Brick Callan.”
“Get out of the fucking pool, Remington.”
“What are you doing back here anyway?”
“Making sure you aren’t doing something stupid. Guess what? You are.”
“You infuriate me.”
“Where’s champagne guy?”
“Waiting for me in his room,” Remi lied.
“Too bad you’ll be too busy to go,” he said.
“Too busy doing what?”
“Getting arrested. Last chance. If you get out of the pool now, I’ll walk you home.”
“Oh, like that’s some prize.” She was so busy scoffing she didn’t see him stepping to the edge. He dove into the water like an Olympic athlete and surged toward her.
“Ah, fuck.” She dove beneath the surface and tried to swim away, but he was too fast, too powerful. He caught her by the ankle and yanked her back against him. She fought him, but his arms banded around her, his hands everywhere. They broke the surface, still struggling.
“I warned you. I fucking warned you,” he growled as he dragged her toward the side.
She gave escape one last try, but the water was too deep, and he was too strong.
“Stop,” he whispered harshly in her ear. “Stop fighting me, Rem.”
She felt it all then. The hand clamped over her breast. The arm wrapped around her waist, pulling her flush with his chest. His thighs cradling hers under the water. He had her surrounded, supported. With a shaky breath, she surrendered.
“Good girl,” he whispered. His hand cupping her breast squeezed a little harder.
“Is that a nightstick in your pants?” 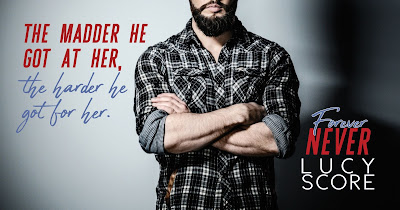