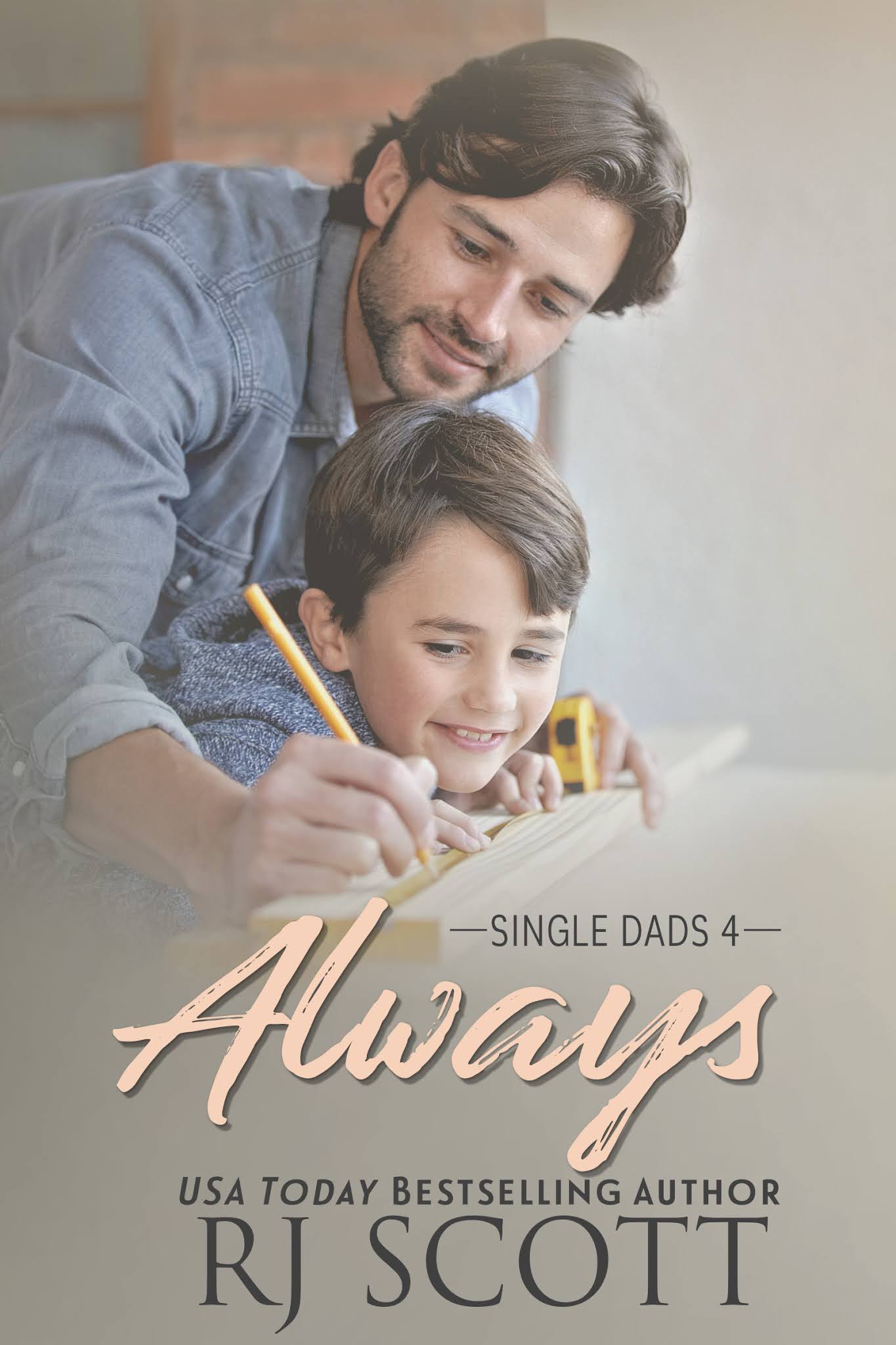 About Always
Lives change in an instant, but with family found and forever love, there is always hope.

Impetuously putting his life on the line, Adam saved a child trapped in a car wreck and suffered career-ending injuries. Living with chronic pain, and at his lowest moments, he had friends who wouldn't let him give up, a family who had his back, and even though his future was different from what he'd always planned, he at least had hope. When Cameron and Finn land on his doorstep, he never dreamed that he would fall in love with the small family or that maybe he'd get to be a hero again.

Cameron goes from being a devoted husband to a single dad overnight. With his neatly planned future in ruins, he will do anything to make a new life for his son, even if it means moving to the other side of the country. Renting a room from Adam is the first step in making a home for him and Sam, but falling for the former firefighter was never part of the plan.
The shadows from Cameron's past might take a long time to touch this fragile future, but will he have to face the consequences alone when they do? Or will there always be hope?

Read my 4.5-starred review of Always.
Add Always on Goodreads.

USA Today bestselling author RJ Scott has written over one hundred romance books. Emotional stories of complicated characters, cowboys, single dads, hockey players, millionaires, princes, bodyguards, Navy SEALs, soldiers, doctors, paramedics, firefighters, cops, and the men who get mixed up in their lives, always with a happy ever after.

She lives just outside London and spends every waking minute she isn’t with family either reading or writing. The last time she had a week’s break from writing, she didn’t like it one little bit, and she has yet to meet a box of chocolates she couldn’t defeat.