Book Spotlight: The One that I Want by Piper Sheldon 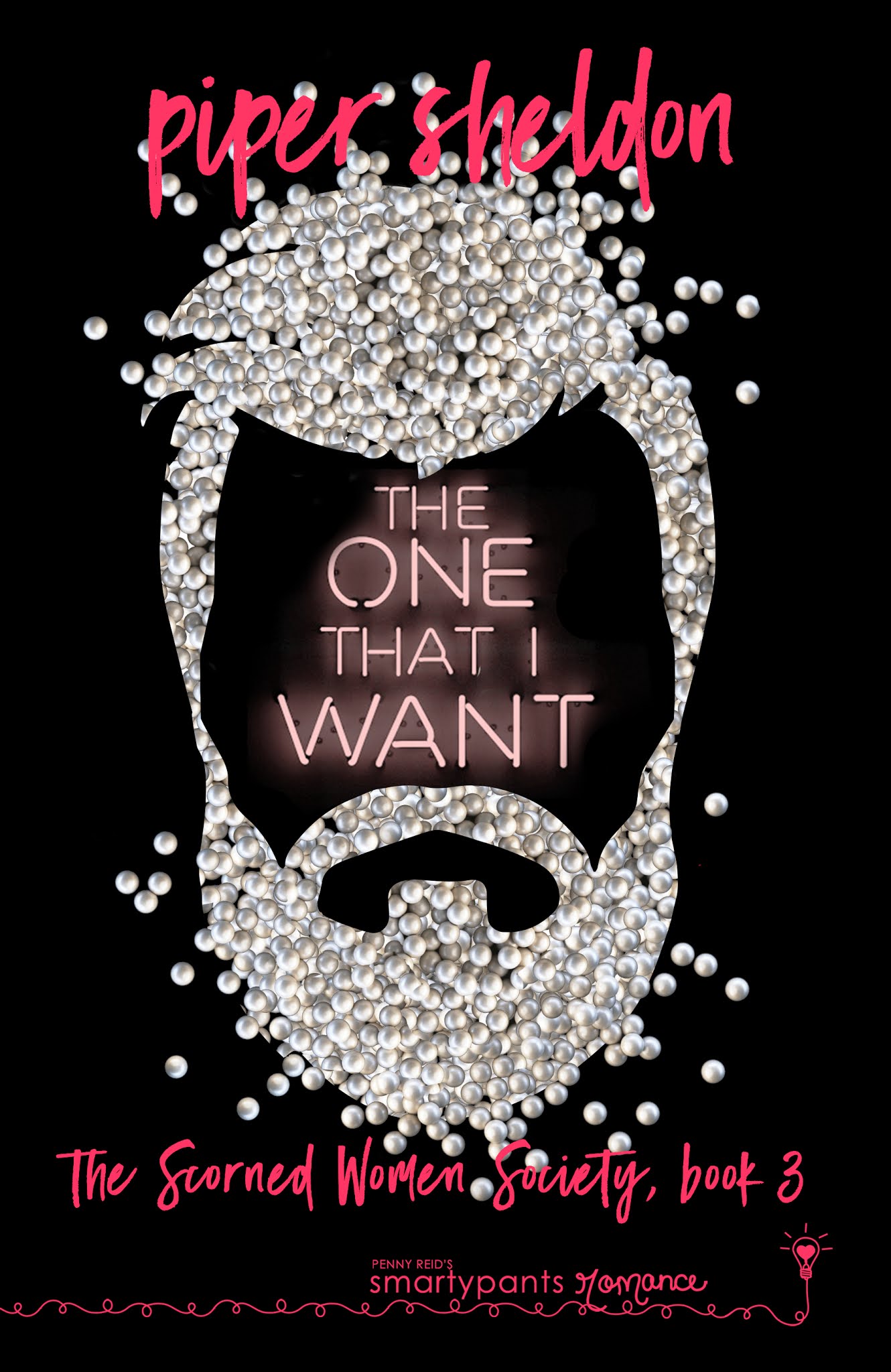 The One that I Want
(Scorned Women's Society #3)
by Piper Sheldon
Date Released: February 25, 2021
Smartypants Romance

About The One that I Want
There is no such thing as luck.
Roxy Kincaid isn’t a biker chick anymore. She’s made herself more than Jethro Winston’s castoff, and she’s never going back to her old life with the Iron Wraiths. But one summer night, a charming stranger threatens to sweep Roxy off her feet. Ignoring fate and their instant attraction, she has to get back to her real life in Green Valley. He couldn’t be the one that she wants when he’s exactly the thing that could ruin everything. If only she could stop thinking about him.
Luck is everything.
Sanders Olsson is going to fix his mistakes. He’s determined to show his best friend he’s a reliable business partner not the distracted flake he’s been lately. But he has to listen when the universe brings him a sign in the form of a guarded beauty he can’t keep his eyes off. Their instant connection is almost magical but she leaves without giving him even a last name. When fate gives Sanders a second chance in life and love, he sets out for Green Valley without a backward glance.
Their summer lovin’ happened so fast but what will it take to make it last?
The One that I Want is a full-length contemporary romance, can be read as a standalone, and is book #3 in the Scorned Women’s Society series, Green Valley Chronicles, Penny Reid Book Universe. 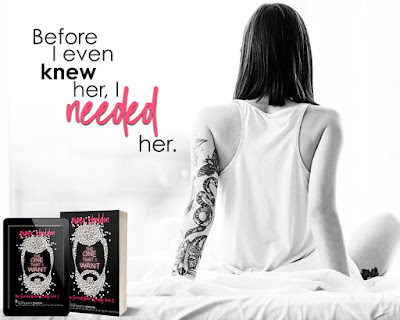 Read my 4.5-starred review of The One that I Want.

Add The One that I Want on Goodreads. 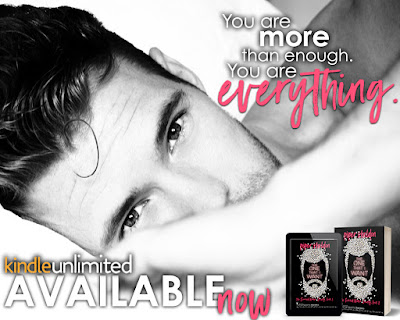 An Excerpt from The One that I Want
“Watch it,” I mumbled as I was steadied by strong hands on my shoulders. Then I remembered to be nice and tried to scoot to the side.
The arms held me gently in place. When I looked up, glaring pointedly, he dropped them. It was Mr. Eye Contact from across the room. A little thrill tickled the back of my knees. He was damn fine this close up. Not my taste, but definitely a certain appeal. Like, if I wanted to know someone with a yacht to “summer on,” he’d be my type.
His eyes were startlingly blue. His hair was this dark shade of blond, thick waves swept back with lighter tips that looked as though it had been bleached naturally by the sun. A smile quirked his mouth and my focus moved there. He had soft crinkles around the corners of his eyes and a natural tan that spoke of time outside.
He said something with the tilt of his head and a soft smile on his lips. I blinked away, wondering if my mouth had been hanging open catching flies as I took him in.
“What?” I yelled and pointed to my ear. The band had just started back up.
His smile grew to expose that two front teeth protruded just a little. It was a disarmingly charming flaw, like a puppy with just one floppy ear. His gaze moved over the exposed skin of my neck and shoulders under my tank top, seemingly studying the tattoos.
I wasn’t knocking my edgy looks, but I typically didn’t attract men who could have been plucked straight from an Ivy League fraternity mixer. At least the collar of his black button-up wasn’t popped. And he wore nice sneakers and jeans, not boat shoes and pink shorts. Okay, so he wasn’t preppy per se, but squeaky? Like he’d hurt my teeth to take a bite out of. He didn’t even have a beard, for crying out loud. Not to box this guy in, but guys like this did not go for girls like me. Then again, sometimes there were the guys who liked to “slum it” with the easy small-town girls from Green Valley.
Mr. Eye Contact leaned closer. He smelled like a shower after a hard workout. It was like the cleansing smell of a spring morning after working all night at the Dragon Bar. My jaw was clenched tight, thinking about taking a bite out of him again.
“Dance?” he asked. His voice had a rich and deep timbre that sent a tiny shudder down my spine.
His confidence was sexy without being overwhelming. He tucked his hands deep into his pockets and waited patiently as I took him in, studying him head to toe. There was no pressure in his question. I suspected if I said no, he’d walk away without another word. I told myself I wanted to dance alone but suddenly I wasn’t so sure. Wouldn’t it be nice to have hands on me? Wouldn’t it be an escape to just be a woman dancing with a man to good music?
Shocking myself, I realized I was interested. So I felt a zing for this man? It didn’t mean anything. It meant that my warning system wasn’t going off. It meant that I was a person who wanted to dance. It didn’t have to mean anything.
He extended his hand. I bit my lip. I was here to celebrate my hard work. It was one night before an early flight home tomorrow.
“What the hell?” I said unheard in the club.
I slid my hand into his. His hand was not the buttery-soft warmth of an Ivy Leaguer. His hand was calloused and hot. What might it feel like to have those rough palms gripping the tender skin of my hips?
He pulled me only long enough to let me pass, then he let me lead the way to the floor. As I made my way to the other dancers, I felt his gaze on my backside like the vibration of a motorcycle. I risked a glance over my shoulder. His focus returned to mine as he licked his bottom lip.
“Lord, help me,” I mumbled to myself.
Good thing it was just one night and just one dance. This guy would be way too easy to fall for. But what could one dance with a stranger hurt? 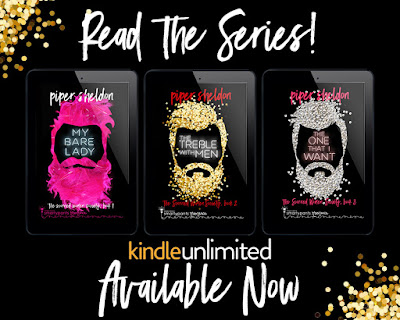 Piper Sheldon writes Contemporary Romance and Paranormal Romance. Her books are a little funny, a lotta romantic, and with just a little twist of something more. She lives with her husband, toddler, and two needy dogs at home in the desert Southwest. She finds writing bios in the third person an extreme sport of awkwardness.
Connect with Piper
Website | Facebook | Twitter | Instagram | Goodreads | Amazon