Book Spotlight: Yes & I Love You by Roni Loren 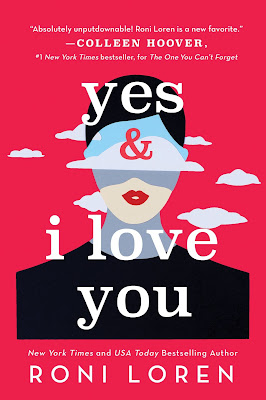 Yes & I Love You
(Say Everything #1)
by Roni Loren
Date Released: March 2, 2021
Sourcebooks Casablanca
About Yes & I Love You
A beautifully emotional and unforgettably steamy new contemporary romance from New York Times and USA Today bestseller Roni Loren
Everyone knows Miz Poppy, the vibrant reviewer whose commentary brightens the New Orleans nightlife. But no one knows Hollyn Tate, the real face behind the media star…or the anxiety that keeps her isolated. All her life, Hollyn’s tried to hide her true self behind an online façade, but when her boss tells her she needs to reveal the truth to the world or lose her job, she’s forced to rely on an unexpected source to help face her fears.
Enter Jasper Deares: actor, newly minted fake boyfriend, and way, way out of her league. Hollyn thinks Jasper must be joking when he offers private lessons to help overcome her fears. Getting up on a stage? Hello, worst nightmare. But Jasper’s infectious charm has her saying yes despite herself. They’re only supposed to be playing a few improv games, but as the lessons run longer and the lines grow blurrier, Hollyn can’t help but wonder if she’s acting at all…or if a relationship with Jasper might help give her the confidence she needs to say yes to every imperfect part of herself. 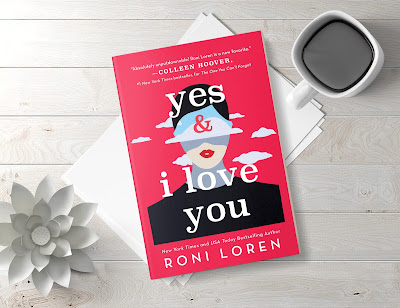 About Roni Loren
Roni Loren is a two-time RITA Award winner and a New York Times and USA Today bestselling author. She spent years as a mental health counselor, but now she writes full time from her cozy office in Dallas, Texas, where she puts her characters on the therapy couch instead. Visit her online at roniloren.com.
Connect with Roni
Website | Facebook | Twitter | Instagram | Goodreads | BookBub