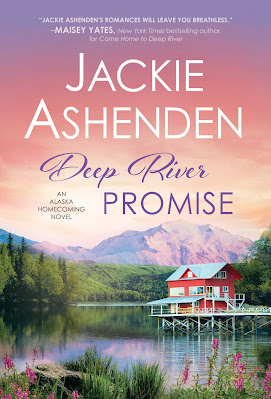 Deep River Promise
(Alaska Homecoming #2)
by Jackie Ashenden
Release Date: March 30, 2021
Sourcebooks Casablanca
About Deep River Promise
Coming home was the easy part. Facing her will take everything he’s got…
Silas Quinn hasn’t been back to Deep River, Alaska, in years, not since he joined the army. He left behind the best friend he’d ever had. But he knew Hope Dawson was meant for bigger things than Deep River—and he—had to offer. What he didn’t know was that when he left, he took Hope’s dreams right along with him…
Then tragedy strikes and sends Silas home, and the entire town is thrown into chaos when they learn what brought him back—he’s inherited ownership of the town and the newly discovered oil reserves under it!
Hope gave up on ever getting out of Deep River. Her mom needed her, then her grandfather died and left her the local hangout to run. Now Si is back in town, stirring up old feelings—including her anger at being left behind. His return brings Hope an offer that can change her life. Love, or adventure, are almost within reach—but she can’t have both… 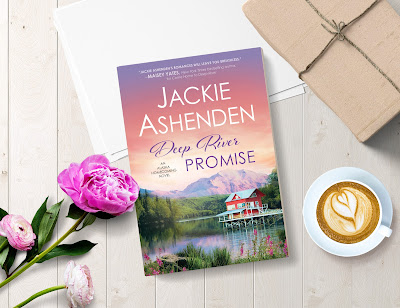 About Jackie Ashenden
Jackie Ashenden has been writing fiction since she was eleven years old. She used to balance her writing with the more serious job of librarianship until a chance meeting with another romance writer prompted her to devote herself to the true love of her heart – writing romance. She particularly likes to write dark, emotional stories with alpha heroes and kick-ass heroines. She lives in Auckland, New Zealand.
Connect with Jackie
Website | Facebook | Twitter | Instagram | Goodreads