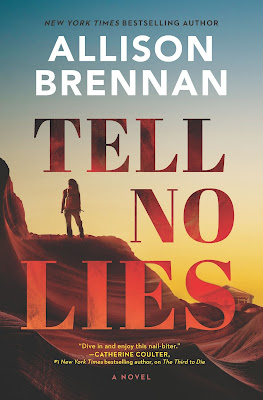 Tell No Lies
(Quinn & Costa Thriller #2)
Allison Brennan
Release Date: March 30, 2021
MIRA Books
About Tell No Lies
The unsolved murder of a young activist leads to the discovery of much darker crimes in New York Times bestselling author Allison Brennan’s latest compelling thriller to feaure the young, edgy detective Kara Quinn and the loner FBI agent Matt Costa. This time they work to uncover possible ties to a high-stakes cartel in the Southwest desert.
Something mysterious is killing the wildlife in the mountains just south of Tucson. When a college intern turned activist sets out to collect her own evidence, she, too, ends up dead. Local law enforcement is slow to get involved. That’s when the mobile FBI unit goes undercover to infiltrate the town and its copper refinery in search of possible leads.
Quinn and Costa find themselves scouring the desolate landscape, which keeps revealing clues to something much darker—greed, child trafficking and more death. As the body count adds up, it’s clear they have stumbled onto much more than they bargained for. Now they must figure out who is at the heart of this mayhem and stop them before more innocent lives are lost. 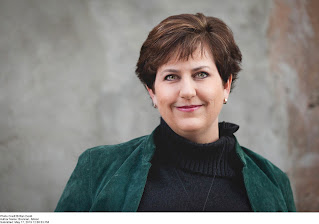 Allison Brennan is the New York Times and USA Today bestselling and award-winning author of three dozen thrillers and numerous short stories. She was nominated for Best Paperback Original Thriller by International Thriller Writers, has had multiple nominations and two Daphne du Maurier Awards, and is a five-time RITA finalist for Best Romantic Suspense. Allison believes life is too short to be bored, so she had five kids. Allison and her family live in Arizona.