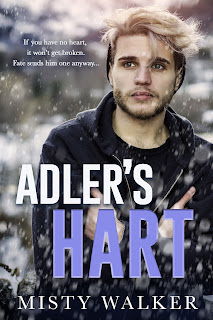 Adler's Hart
(Brigs Ferry Bay #2.5)
by Misty Walker
Release Date: March 17, 2021
About Adler's Hart
If you have no heart, it won't get broken.
Fate sends Adler one anyway.
I’m a loner.
Never getting too comfortable or allowing anyone to get too close.
So when I log onto the hook-up app on my last night in Ketchikan, Alaska,
I assume it’ll be a quick lay before I go south for the winter.
Until I see the man who shows up at my door.
He’s young, wide-eyed, and perfect.
All I want is a one-night stand with no attachment,
I should've known things would be different with a man named Hart.
After the best night of my life, I’m desperate to run.
Except we’re snowed in.
I try to keep him at a distance.
But there’s something about him that has me opening up,
letting him in against my better judgement.
Suddenly I don’t want to be alone anymore.
I want to be with him.
My Hart.
Adler’s Hart was originally a 15k word short story with a happy for now. This version (36k words) has been revised in order to give Adler and Hart their happy ever after.
Adler’s Hart is book 2.5 in the Brigs Ferry Bay series. Brigs Ferry Bay is a steamy MM romance series. While each book can be read as a standalone, to get the full experience, they’re best read in order. Enemies to lovers, hurt comfort, age-gap romance, and so much more. Fall in love with the charming small-town gay romances of Brigs Ferry Bay. 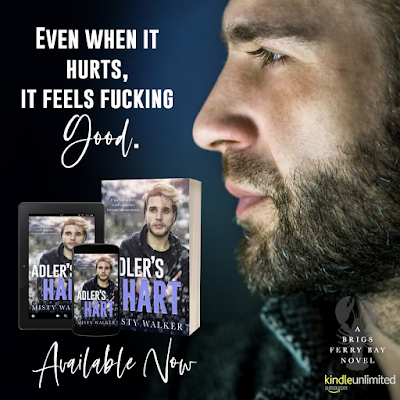 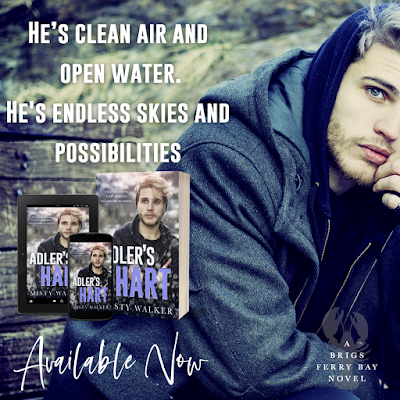 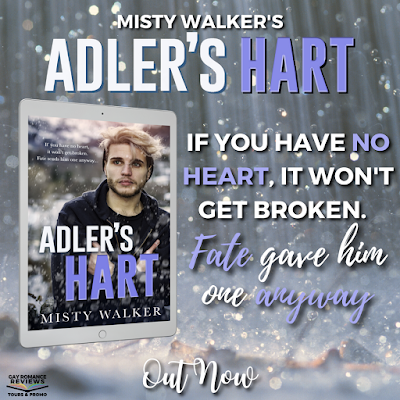 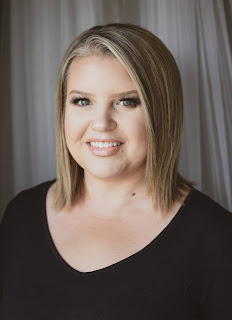 Misty Walker is fueled by coffee and motivated by the forceful voices in her head screaming to tell their story. If she's not reading or writing, she's spending time with her daughters, husband, and two dogs. But mostly she's reading or writing.
Connect with Misty
Website | Facebook | Facebook Group | Twitter | Instagram | Goodreads | BookBub | Amazon | Newsletter 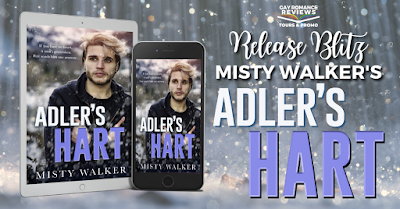