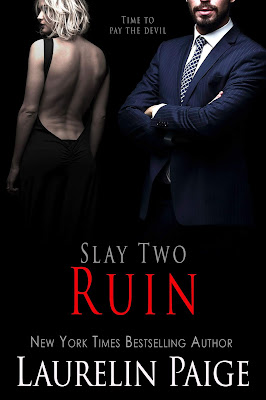 About Ruin
With her heart literally in his hands, Celia will have to try and bargain with a devil.

Edward Fasbender is my captor.

Trapped on this island he owns everything on—including, it seems, me.

He told me he would break me, but I thought he meant in the bedroom. It turns out Edward is playing a completely different game.

And he won't stop until he's ruined me.

Slay Two: Ruin is the second book in the Slay Quartet. Slay One: Rivalry should be read first. 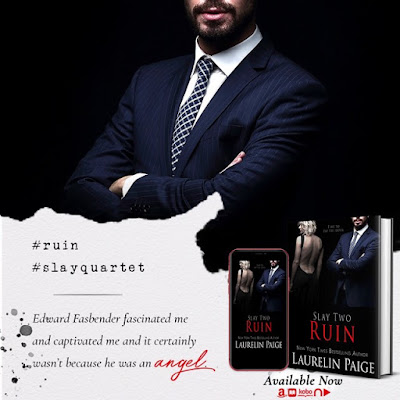 Read my five-starred review of Ruin. 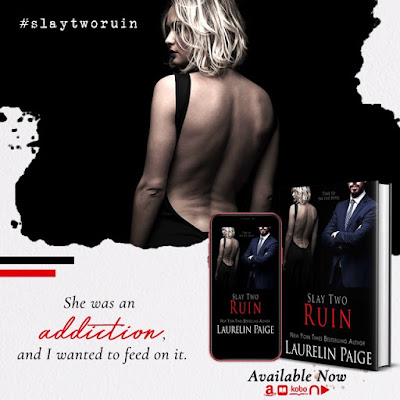 An Excerpt from Ruin
Yes, she was calculating and manipulative, and she was very spoiled about getting her way, but that was all surface. She was an onion. There were layers and layers underneath, parts of her that she held away. Parts she showed no one. For whatever reason, I’d caught sight of what she kept hidden, whether she’d meant for that to happen or not, I couldn’t be sure. Regardless, I was captivated. There was so much to see there, so much to take down. So much of her to know and own and destroy and redesign, and like an old habit, I couldn’t break away.

She was an addiction, and I wanted to feed on it. She wasn’t supposed to be like that.

I’m here for this, she’d said. 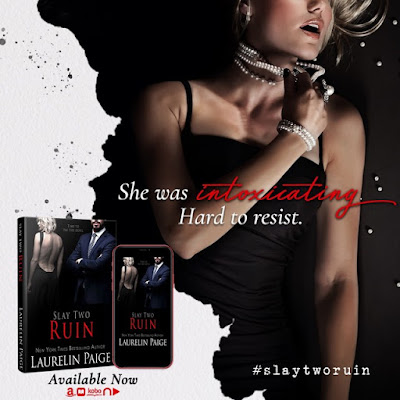 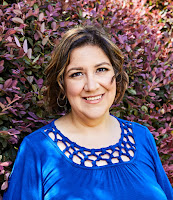