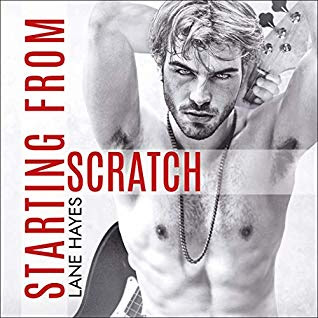 About Starting from Scratch
Charlie Rourke is an ultra-fabulous human whirlwind on a mission to launch the next biggest band in the world. However, he might have taken on more than he could handle when he signed on to manage Zero. Promoting a rock band and finding gigs shouldn’t be hard. They’re a talented group with a ton of star power. If Charlie can find the right record label, he’s sure he can help them get to the next level. The only problem is the skater boy slash bassist with a quirky sense of humor. He’s annoying and silly, and he’s exactly Charlie’s type. Except, he’s straight.

Ky Baldwin isn’t afraid to switch things up. He loves a challenge as much as anyone, but Charlie doesn’t make things easy. Zero’s manager is a force of nature with a razor-sharp tongue, a quick wit, and a no-nonsense attitude. Ky can’t stop thinking about him. Winning over Charlie becomes Ky’s pet project.

But, when the ice between them thaws, neither is prepared for the intensity of going from enemies to lovers. They’ll have to decide if they’re willing to start from scratch and take a chance on the unexpected.

Read my five-plus-starred review of Starting from Scratch.

Add Starting from Scratch on Goodreads. 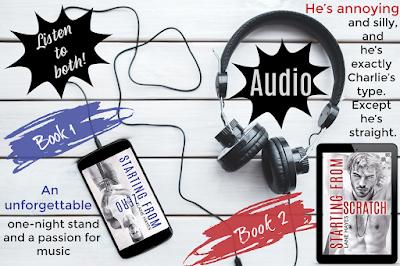 About Lane Hayes
Lane Hayes is finally doing what she loves best. Writing! An avid reader from an early age, Lane has always been drawn to romance novels. She truly believes there is nothing more inspiring than a well-told love story with beautifully written characters. Lane discovered the M/M genre a fews ago and was instantly hooked. She is the bestselling author of the Better Than, Right and Wrong, A Kind of, Leaning Into and Out in College series. Lane’s novels placed first in the 2016 and 2017 Rainbow Awards.

If you are interested in working with Michael to produce your next audio book, you can contact him directly at acx@michaelpauley.info.