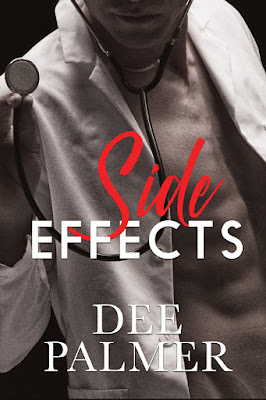 About Side Effects
The side effects of being a nurse and a single mom:
Over tired
Over stressed
Over worked
Over used battery operated boyfriend

He’s my new boss,
My old boyfriend.
And the hottest man on the planet.

But he’s my ex for a reason.
A few of them actually.

Lesson learned?
Apparently not, as I gather what’s let of my dignity.
Along with my tattered panties.

Resisting the good doctor’s charms is proving to be tougher than raising a feisty five year old.
He’s so used to getting his way.

But when he threatens to take my daughter from me, the gloves come off.

He may wear the white coat, but I wear a single-mother frickin' cape.

Note: Side Effects was previously released as title Bone. 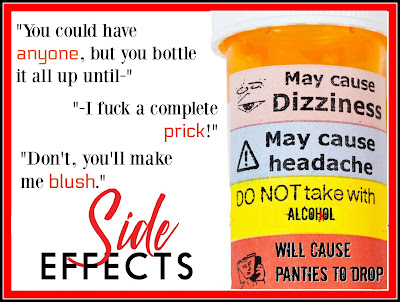 Read my four-starred review of Side Effects.

Add Side Effects on Goodreads. 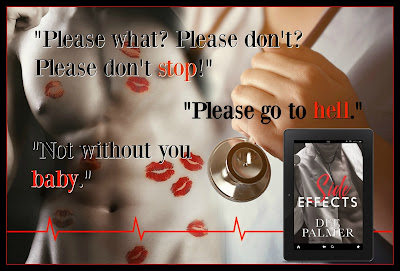 About Dee Palmer
Dee Palmer lives just outside of London with her husband and (slightly embarrassed) children. Her passion is writing sexy steamy romance stories that will scorch the pages right off your kindle and are guaranteed to make your heart pound. She loves an HEA but isn't afraid to put her readers through the ringer before she delivers.

When not at her desk she can be found either fannying around on Facebook or with her nose stuck in her Kindle. Once in a while when the lights are down she might be spotted about town searching for the best French martinis and throwing some dubious shapes on the dance floor.